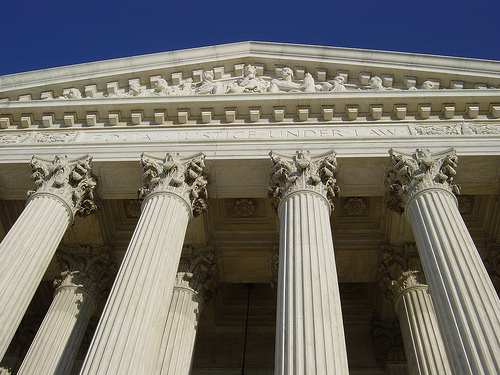 “More than 500 decisions by the leading federal agency that referees disputes between labor and management will have to be reopened after the Supreme Court ruled Thursday that the five-member board had operated illegally when its membership dwindled to two.

The high court, in a 5-4 ruling in which the court’s leading liberal — retiring Justice John Paul Stevens — sided with the court’s four most conservative members, said the law does not allow the National Labor Relations Board to operate while it is short-staffed because of political arguments. […]

The decision means that more than 500 of employee-employer cases decided by the NLRB while its membership had dropped to two must now be reopened by the board, which currently has four members.”