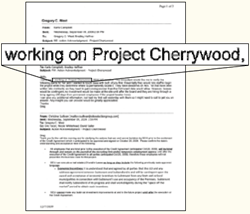 I can’t take any credit for the research leg-work on this. The credit is due to the Mackinac Center for Public Policy for hammering away at the sham that is the SEIU Member Action Center, Inc and their new tax credit at the expense of Michigan’s taxpayers.  I can’t even hyperlink you to the website for the company, because it doesn’t work.

Never heard of SEIU’s MASC? Not surprising. It didn’t exist until October 22 of this year, according to the Center, but yet somehow managed to apply for a grant from MEGA (Michigan Economic Growth Authority) beforehand. On November 17, Michigan’s state government announced that the Michigan Economic Development Corporation would be helping ten businesses through MEGA, one of which it the aptly-named MASC:

“SEIU Member Action Service Center – The corporate subsidiary of Service Employees International Union (SEIU) plans to invest $3 million to create a shared organization in Redford Township to provide administrative services for the SEIU and other local labor organizations. The project will create 322 new jobs, including 224 directly by the company. The MEDC estimates increased economic activity created by the project will create an additional 108 indirect jobs. Based on the MEDC’s recommendation, the MEGA board today approved a state tax credit valued at $2 million over five years to help convince the company to expand in Michigan over competing sites in Missouri and Florida. Redford Township is considering an abatement to support the project.”

What about the “competing sites” in Missouri and Florida? Forgive me if I don’t hold my breath while the SEIU tries to produce these “competing sites”.  According to MCPP, there is no evidence that any paperwork was filed. So thanks to the tax break, Redford Township, MI, a township in the district represented by the speaker of the Michigan House, will get the SEIU’s new “company” jobs.

What’s so scandalous about the $2 million tax write off, an expected additional abatement from the town, and the timing of the whole thing? The very peeved Mackinac Center for Public Policy explains:

“The SEIU already benefits from its legal status as the workplace representative for more than 12,000 state employees, and annually receives more than $6 million in membership dues and agency fees — all effectively guaranteed and collected by Michigan government.”

“There are at least two problems with this deal. First, did the tax write-offs compromise the union? About two weeks after the Michigan Economic Development Corp. announced its decision to award the tax credit, SEIU Local 517M agreed to revise its contract with the state and make concessions, accepting a less-expensive health care plan for new employees and agreeing to a two-year wage freeze. These concessions were controversial; at least one other union representing a different group of state employees announced it would not follow suit. Even if there was no explicit quid pro quo, the tax break for the union subsidiary might have made the pay cut easier for SEIU officers to swallow.”

“Second, the Member Action Service Center will supposedly provide administrative support, such as grievance intake and record keeping, for union locals. But taxpayers know little about what the SEIU will do with the office space and equipment that the taxpayers’ “generosity” will allow them to rent or buy. The computer networks, photocopying machines, conference rooms and telephones will still be available after hours, and the temptation will be strong for SEIU to use these same state-supported resources for organizing campaigns, political activism, fundraising and get-out-the-vote efforts.”

The hysterically sad thing about this whole affair is that the SEIU and local government billed this little coordinated project as “Project Cherrywood.” Don’t ask me why, because who the heck knows. If you google that name, you’ll find the Redford Township Board agenda docket from Nov. 10, 2009:

Funny names aside, it’s the Michigan taxpayers who will pay the price.