SEIU in Chicago: When compromise is a deal breaker 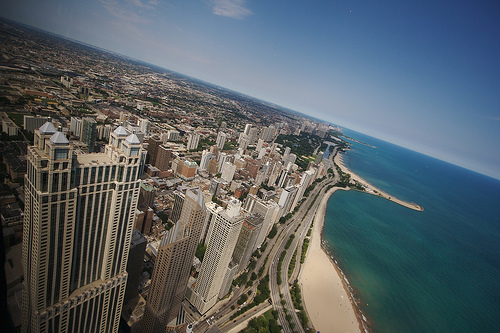 Exhibit #28 this year for an American city with a cash-strapped budget, Chicago, is home to the latest “take no prisoners” efforts of the SEIU. Last month, the Chicago Park District unveiled an unpopular compromise proposal that would preserve jobs and save money that the District doesn’t have. According to the Chicago Sun Times:

In that proposal, the Park District proposed laying off 11 workers, zapping 42 vacant positions and proposing 12 unpaid furlough days for those in unionized jobs. But several unions, including the Service Employees International Union, are balking at those furlough days, according to the Park District. An SEIU representative did not return a call for comment. Without the concessions, 100 jobs could go away, including 60 positions that would remain vacant and 40 layoffs, said Park District spokeswoman Jessica Maxey-Faulkner. The jobs that could be slashed range from plumbers and carpenters to fitness instructors.

She said the job cuts certainly could mean programs and possibly park hours will be scaled back. “When you get into 100 people, when you get into those kinds of numbers, you could get into the people who open and close the parks,” she said.

Not that I want to be put on unpaid furlough for two weeks (Although frankly I would be whitewater kayaking the entire time), but 11 layoffs versus 40 layoffs seems huge. Maybe the SEIU should consider compromising to keep the parks open.