No one complaining as Teamsters add librarians to their membership. 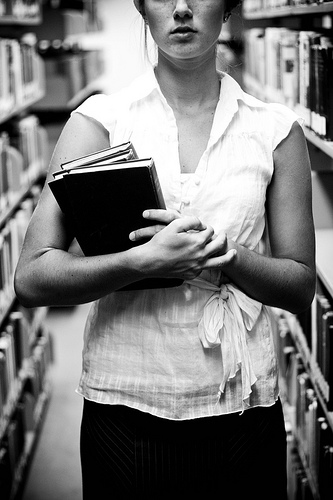 With some locals formed as far back as 1887, the Teamsters were once known as the International Brotherhood of Teamsters, Chauffeurs, Warehousemen and Helpers of America.  They were men who drove teams of animals like mules or horses, pulling wagons, to transport goods.  Not to many mule drivers in modern America; and as unions across the country face declining membership, the Teamsters are starting to find opportunity in unlikely places, like libraries. To say that the teamsters are expanding beyond their traditional boundaries of members is an understatement.

The word “Teamsters” typically conjures up images of burly guys driving beer trucks or puttering around on forklifts in warehouses redolent of diesel fumes. But how about a Teamsters member staffing the checkout desk at a library, or processing an eviction notice at a county courthouse?

Well, the Teamsters union is in fights to represent workers at the Oak Brook Public Library and the Lake County Circuit Court. And these are the sort of nontraditional battles that increasingly have become common in the past decade or so as traditional industrial unions, their membership rolls depleting, aggressively court service workers. […]

“It’s pretty widespread, and the reason they do it is because the sectors they represent have suffered significant job losses,” said Robert Bruno, associate professor of labor and employment relations at the University of Illinois at Chicago.

It’s a well-told tale: Organized labor has been in a free-fall for the past three decades, with 24 percent of workers counting themselves as union members in 1973, but only about 12 percent saying the same last year, according to federal data compiled by Barry Hirsch, a professor at Georgia State University. […]

And particularly when the Teamsters organize professionals, naysayers typically pipe in with, ” ‘These are truck drivers; what do they know about your issues?’ ” Rainville said. The union’s answer: It has a good track record delivering contracts that lead to better pay and working conditions, he said. Whether the Teamsters will succeed remains to be seen. But the union has clout on its side. It’s one of the largest and most powerful unions in the country. And while it has clearly lost significant membership in trucking, its core sector, it was one of the first unions to realize it needed to diversify, said Rick Hurd, a labor expert at Cornell University.