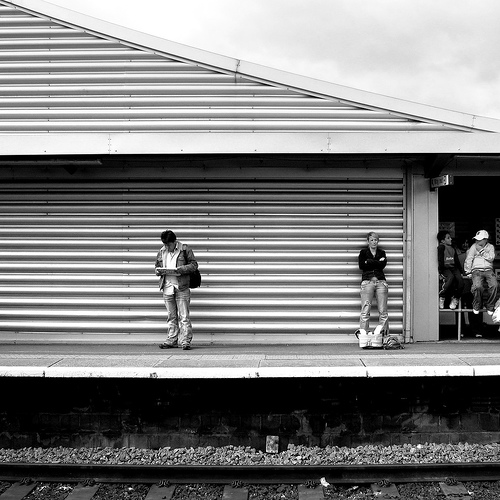 The New York Times may have backed labor unions a time or two thousand, but they’re not stupid.  They see the writing on the wall about the future of American Labor just as much as the next guy.  Their coverage of the AFL-CIO national conference this week included this little gem from Steven Greenhouse:

[W]aiting for unions to rise to their former strength may be like waiting for Godot.

When Mr. Sweeney assumed the A.F.L.-C.I.O.’s presidency 14 years ago, he also pledged to greatly expand labor’s ranks. Instead labor’s numbers fell somewhat because of many of the same forces Mr. Trumka will face, including factory shutdowns, corporations battling to beat back unions and workers’ fears that their workplaces will close if they vote to unionize.

A truer word was never spoken. If the AFL-CIO to appeal to youth and get away from its time honored-image of being “male, pale, and stale,” they’ve got more than their work cut for them. And no amount of “The Facebook,” Twitter, the Google-tube, and the inter-web can save them.

Let me ruin the ending for you, labor unions.  Godot never shows.