From the horse’s mouth 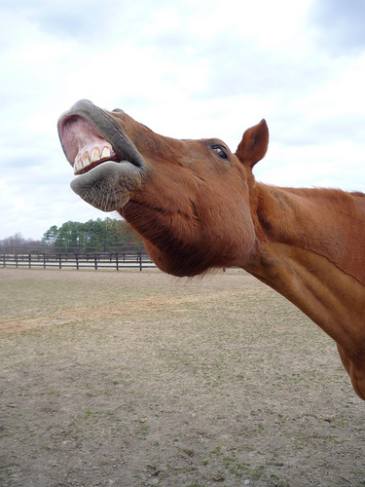 The New York Times today profiled Dennis Rivera, the man behind the man behind the SEIU’s push for health care legislation.  Never heard of him?   Rivera used to be New York’s preeminent labor leader, responsible for the state’s 300,000 healthcare workers.  After he stepped down from his post two years ago, he was out of the lime light and off the radar. . . until now.  Rivera is the lead on SEIU’s effort to push through the health care bill; the guy who’s been sending people to town halls; the man seeking out the politician who will be vote number 60; and oh—the man who forged the coalition of strange bedfellows supporting the health care bill.  In the health care debates, he might be the most important person you’ve never heard of.  The New York Times reports:

Mr. Rivera is the point man on health reform for the nation’s most politically powerful union, the Service Employees International Union, which is doing more than any other union to push for health legislation. In many ways, the White House is looking to the S.E.I.U. to lead labor in doing the blocking and tackling necessary for Mr. Obama to carry the ball forward.

At the same time, Washington insiders are impressed and surprised that it was a union leader — Mr. Rivera — who forged a coalition including giant drug makers, the health insurers, the American Hospital Association and the American Medical Association that helped secure their pledges to cut hundreds of billions of dollars in costs.

This summer, as high-decibel opponents have crowded into town hall meetings to denounce Mr. Obama’s reform effort, Mr. Rivera, working with other unions, has sent hundreds of labor activists to such meetings to counter opponents. […]

Mr. Stern said his union picked Mr. Rivera to oversee its health care campaign because “we needed our General Petraeus to win this war.”

Mr. Rivera commands a much smaller army: 400 union staff members working full time for health care reform, an unusually large lobbying force that is part of the tens of millions of dollars the union has devoted to the campaign. In Maine, Montana, North Dakota and a dozen other states, the union’s activists have held news conferences and written op-ed articles decrying America’s health care system, all to push lawmakers to back reform. […]

In June, Mr. Rivera took his friend Mayor Michael Bloomberg to meet with Senator Olympia J. Snowe, Republican of Maine, to urge her to support health reform. Mr. Rivera has urged her to back a public plan, hoping she might be the 60th Senate vote needed to overcome a filibuster. To win her over, he is considering her proposal for a trigger mechanism that would create a public plan, perhaps when one health insurer dominates a state or when premiums are unusually high, as is the case in Maine.