Being “anti-free-trade” is not enough for labor’s support 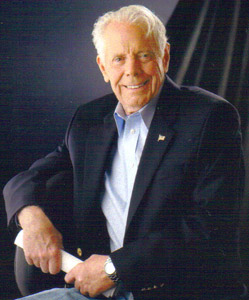 If I was Democratic Congressional Candidate Jack Davis (NY-26), I’d be frustrated.

He thought he was doing everything right to court labor unions for their endorsement. He’s been endorsed by them twice before, and he is even openly “anti-free-trade,” but that’s not enough anymore for labor unions. Davis doesn’t support the decepitvely-named Employee Free Choice Act, which would effectively eliminate employees’ right to a secret ballot vote when choosing to join — or not to join — a labor union.

Davis is “feeling the blow,” since he “strongly emphasizes the anti-free-trade message” labor favors. But the reason unions have “abandoned” Davis this time “is simple.” AFL-CIO W. NY Labor Federation’s Angelo Vellake:

“He opposes the Employee Free Choice Act, and that’s a litmus test.”

It’s striking to see labor bosses openly admit that supporting EFCA is a “litmus test.” It is tantamount to an admission of quid pro quo politics—which, of course, never happens in Washington. Given that, the Hotline’s headline says it all: “What Have You Done For Me Lately?”