Posted on Aug 08, 2008 by Coloradans for Employee Freedom

Silverman first interviewed former Congressman Bob Schaffer.  On the subject of labor unions, Schaffer first says that labor unions are an important part of our country’s workforce, and legitimate institutions.  He takes a stand, however, against any type of coercion, intimidation, or other underhanded practices by labor unions and their representatives.  He also stands firmly against the “card check” method of unioniztion and the removal of private ballots from the union organization process, and makes it clear that he would not support the Employee Free Choice Act. 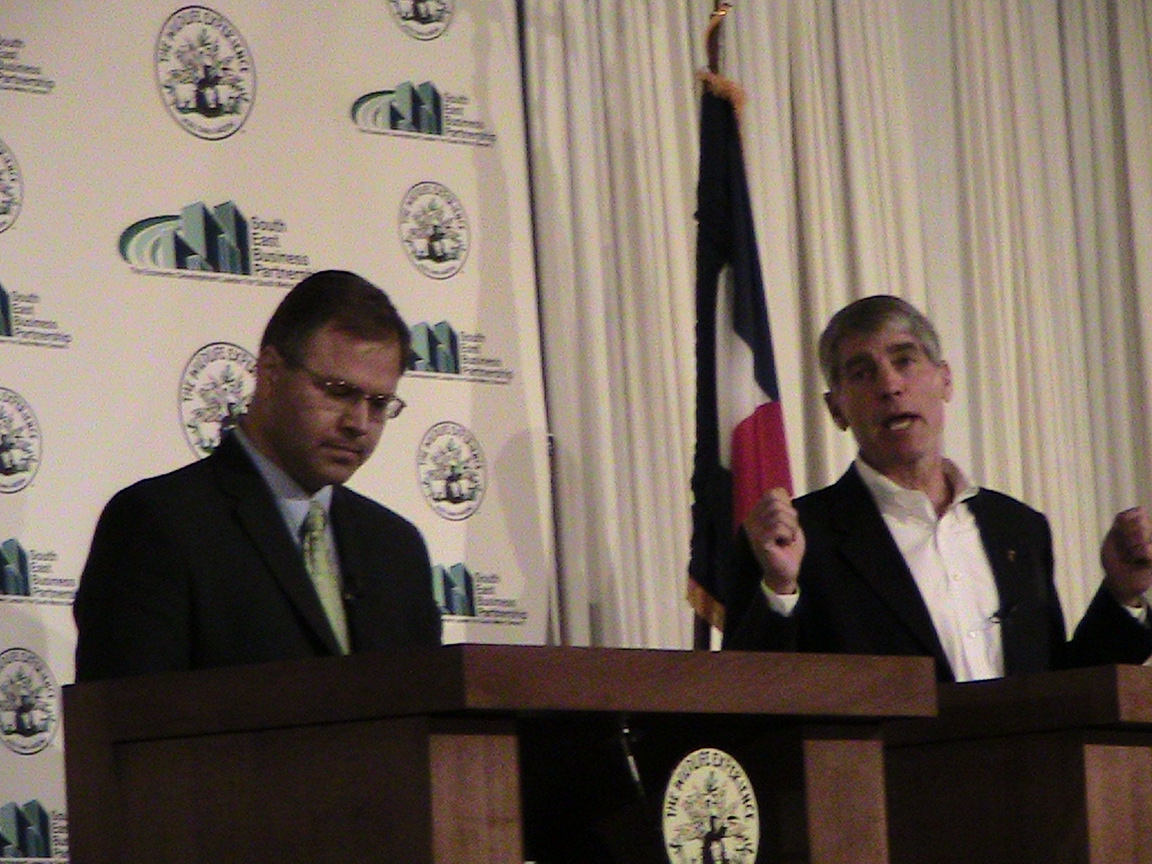 Silverman then brought in Congressman Mark Udall for the next hour.  Due to the fact the people of Colorado are concerned about this issue, the Employee Free Choice Act  came up again.   Udall laid out a distinctly different plan, supporting the removal of the private ballot from union organization through EFCA.

Despite Silverman’s multiple attempts to get Udall to address the removal of the private ballot from the process, Udall dances around the issue, diverting to other topics including local ballot initiatives, the National Labor Relations Board (NLRB), and insisting the the bill “levels the playing field”.   He claims that EFCA will strengthen the NLRB, but that is patently false, as the NLRB will be removed from the process.  Currently, the NLRB acts as a neutral party between business and labor, conducting the private ballot election that EFCA seeks to remove!

So Mark Udall is willing to “level the playing field” at the expense of workers and their right to a private ballot?  That doesn’t sound like the independent Western spirit that Mark Udall so often claims to possess.  In fact, it sounds like a bad deal for workers in Colorado and all across America!