Posted on Jun 19, 2008 by Coloradans for Employee Freedom 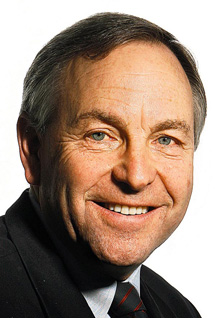 Owens shares an interesting story of a Teamster union representative agreeing with him on the un-democratic nature of the law and his belief that it is inevitably going to pass into law. They also really drive home the point that it is a huge issue in the upcoming senate race between sitting Congressman Mark Udall and former Congressman Bob Shaffer.

Coloradans for Employee Freedom couldn’t agree more! Udall cosponsored and voted for EFCA in the House in 2007, and would be a swing vote if elected to the Senate in current Republican Senator Wayne Allard’s stead.

Listen to the segment here