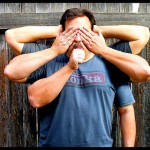 Organized labor knows that employees are leaving it in droves. That shouldn’t be surprising: A history of corruption, forcing employees to pay up for political causes with which they don’t agree, and driving companies into bankruptcy (and employees onto the unemployment line) with unreasonable demands should all be warning signs that unions aren’t the way of the future.

Unions don’t want to be the next corporations unions lead to non-existence, so they’re looking for new ways to shore up their declining ranks. Unions think that avoiding the rules and transparency required by the laws regulating unions — the federal National Labor Relations Act (NLRA) and Labor-Management Reporting and Disclosure Act (LMRDA) — is the way back to relevance, so they’re backing so-called “workers centers” to conduct campaigns that the unions themselves cannot.

A commentator writing at the American Spectator thinks that this isn’t fair to employees. Since these “workers centers” are funded by unions, act sort of like unions, or advocate unionization, they ought to be regulated as “labor organizations” under the NLRA and LMRDA. He explains, using the “workers center” Coalition of Immokalee Workers (CIW) as an example:

CIW does little to hide that it acts as a labor organization — essentially a union. On its website, it includes as its goals promoting “enforcement against those who would violate workers’ rights” and “the right to organize on our jobs without fear of retaliation.”

Those clearly are union goals, yet CIW is not considered a union under current labor law. Officially, it is a “worker center,” which allows it to circumvent oversight and disclosure rules […] If CIW and other worker centers are truly committed to the pursuit of better conditions for workers, they should have no objection to showing their supporters how they are funded and how they spend their money.

But then again, circumscribing and evading employee rights are longstanding Big Labor tactics. The Employee Free Choice Act (EFCA) would have effectively abolished employees’ rights to secret ballot votes on whether to unionize. Unions fought all the way to the Supreme Court to try to keep forcing public employees to give to their political programs on pain of termination. (They lost, in a case called Knox v. SEIU.)  And when Congress proposed granting workers the right to receive merit raises in unionized bargaining units, unions said, “No way.”

So evading regulations that ensure that unions have majority support and give employees the ability to see where there money goes is no surprise. That’s why real union reform, like the Employee Rights Act, is so necessary.