“Workers’ Centers” Don’t Have a Loophole for All the Laws 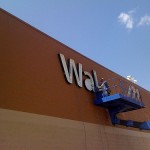 Organized labor’s newest tactics — recently endorsed by the AFL-CIO — are so-called “New Models of Worker Representation” outside the framework of the National Labor Relations Act (NLRA) and Labor-Management Reporting and Disclosure Act (LMRDA). Both those laws place restrictions on labor unions to ensure that they actually have majority support of the workers they represent and to ensure they use their money for the workers’ desired purposes.

New organizing groups, like “Workers’ Centers,” have no such restrictions. But even union-like groups outside the rules of unions must follow all the other laws in society, as OUR Walmart, a group backed by the United Food and Commercial Workers (UFCW), may soon find out in a Florida state case. As Reuters reports:

Wal-Mart alleged that the defendants violated Florida law through coordinated, statewide acts of trespass in several Walmart stores over the last eight months. It has asked the court for a legal ruling that would prevent future trespassing.

In the lawsuit Wal-Mart cited an example where a group of protesters projected a video promoting OUR Walmart on the side of a store in Orlando and passing out literature inside that store in July, 2012.

So far, Wal-Mart employees haven’t shown that they want a union. So “new organizing groups” — actually union sock-puppets — are engaging in “strikes” that may violate state laws, even if they skirt federal union governance rules. Now the unions may find themselves in hot water. Looks like “New Labor” is a lot like the “Old Labor” with its disregard for the law and employee freedom.