SEIU Says No Votes for You 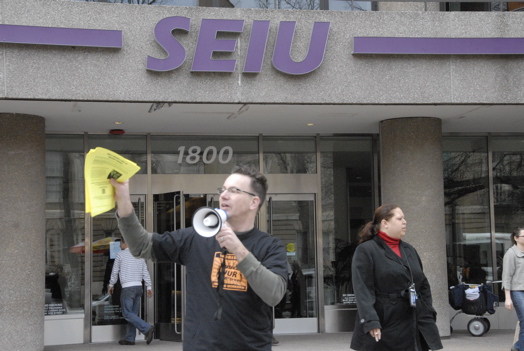 The Service Employees International Union (SEIU) in Las Vegas has an taken interesting approach to its contract with the Clark County-run University Medical Center: Don’t vote on it. The Las Vegas Review-Journal editors explain:

Clark County has offered University Medical Center workers a deal so sweet their union might not bring it to members for a vote. […]

Allowing UMC to keep the benefit for future hires would give the SEIU leverage to preserve it for future county workers and, in all likelihood, embolden bargaining groups that gave up the benefit to demand its reinstatement in future contract talks. So the county has upped its offer to what might pass for a bribe: a one-time $500 bonus for all UMC workers if they’ll give up longevity pay for future hires.

In short, the hospital is ponying up a signing bonus in exchange for future concessions, a standard negotiating tactic. SEIU leadership’s response has been to “pocket veto” the contract by not sending it to membership for a democratic vote.

We’ve learned over time that SEIU has no particular regard for democracy, at least as it applies to union affairs. SEIU pushed hard for the card-check bill that would abolish the secret ballot on whether to unionize, and SEIU’s standard campaign tactics call for pressuring companies to sign their employees’ ballots away. A San Diego local of SEIU even tried to pass off an officer election with less than one percent turnout as a “democratic” process.

If union households can’t trust unions to give them a fair say, it shouldn’t be surprising that over 80 percent of them support guarantees in the Employee Rights Act, a pending piece of federal legislation, for secret ballot votes on whether to unionize and whether to strike. Congress should act on the ERA and give power back to employees.