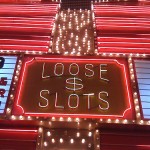 Yesterday, the Culinary Union Local 226 (an affiliate of UNITE-HERE) announced that it intended to strike starting June 1 against several casinos in Las Vegas. If the union cannot reach an agreement, it would be the first strike against the Vegas casino industry in 30 years.

As always, the union claims to have the employees’ best interests in mind, but its past anti-employee shenanigans suggest otherwise. One Culinary steward was found to have committed an unfair labor practice by a National Labor Relations Board Administrative Law Judge. The judge found that the Culinary steward attempted to coerce a non-member employee to join the union by threatening loss of seniority and loss of benefits if she didn’t. How’s that for a membership perk?

In addition to making threats in violation of labor law, Culinary is dealing with the fallout of its hyper-partisanship. One of Culinary’s major beefs is that the casinos are making members’ healthcare plans compliant with the Affordable Care Act (a.k.a. Obamacare)—the signature piece of legislation signed into law by a President that they’ve supported.

Union members in Nevada who are planning to strike should re-direct their anger toward outdated labor laws. The Employee Rights Act, a piece of legislation with broad bipartisan support in national polling, offers the opportunity to hold union officials accountable for criminal threats—and allows union members to refrain from supporting union political operations.

More accountability and less intimidation: It’s a jackpot for workers that doesn’t even require a trip to the slots.