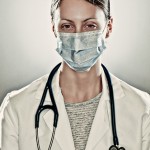 Culinary Local 226, an affiliate of UNITE HERE representing Las Vegas casino workers, is threatening to take its 10,000 members out on strike. The reason? The casinos and the union can’t agree on how to pay for putting Local 226 employee health plans into compliance with the Patient Protection and Affordable Care Act, better known as Obamacare. UNITE HERE President Donald Taylor explains:

The biggest hurdle to reaching settlements in Vegas is the new costs imposed on our health plan by Obamacare […] Even though the president and Congress promised we could keep our health plan, the reality is, unless the law is fixed, that won’t be true.

UNITE HERE — notable for being the first labor union to endorse Barack Obama for President in the 2008 election — is doubling down on its demand for “fixes” to the healthcare law. The union has released a report arguing that the law’s provisions will exacerbate income inequality, which may cause headaches for Democrats who hoped to use inequality talk to avoid talking about the problematic healthcare overhaul.

It should also cause headaches for UNITE HERE, which OpenSecrets.org reports gave 95.3% of its 2012 cycle federal PAC contributions to Democratic candidates. (This doesn’t include state, local, and non-candidate spending, which also tends to flood Democratic and Democratic supporters’ coffers.) Indeed, UNITE HERE has long been a staunchly Democratic contributor, in 2010 hitting 99% support for Democrats.

Now UNITE HERE needs at least President Obama—through an executive action like the “Big Labor Bribe” exemption from certain Obamacare taxes for unions’ Taft-Hartley health plans last year—or potentially also House Republicans to do the union a favor. Don’t expect either. Since unions overwhelmingly support Democrats despite 40 percent of their membership supporting Republicans, Republicans owe UNITE HERE nothing. And because unions are so partisan, counterintuitively, Democrats aren’t likely to give them much either—the unions are a “cheap date.”