Have union bosses earned their raises? 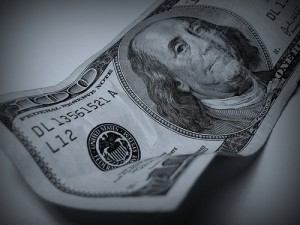 We recently asked if you deserved a raise.

What about union bosses?

The Washington Examiner took a close look and found out that they received pay increases that were generous, to say the least. The list of the top 25 highest-paid union leaders highlighted a staggering haul. Their average total compensation in 2011 topped $550,000. The Examiner’s Mark Tapscott writes:

Between 2000 and 2011, these four union leaders were seeing eye-popping hikes in their compensation, inflation totaled 30.6 percent, according to USInflationCalculator.com.

The irony isn’t lost on those union members that watched their bosses attack the RAISE Act. Union leadership is so obsessed with keeping its consolidated power than the prospect of allowing employees to earn pay increases based on their own merits.

So have union bosses earned the pay raise? It couldn’t have been for increasing membership:

Also during that period, the percentage of unionized U.S. workers declined from 14.9 percent to 13 percent, according to figures compiled by UnionStats.com, based on data from the government’s Current Population Survey.

And they certainly haven’t earned it for giving their members greater rights in other areas. Union bosses have been dead-set against the Employee Rights Act ever since it was proposed.

Despite their supposed outrage at executives making high salaries, Big Labor leaders did even better than corporate CEOs. In that same time period, CEOs, on average, were hit with significant decreases in compensation according to the union-supported Economic Policy Institute.

So when AFL-CIO boss Richard Trumka ($293,750 in total compensation) starts talking about which politicians “identify with us” he really ought to be a little more specific if he means union bosses or union members.