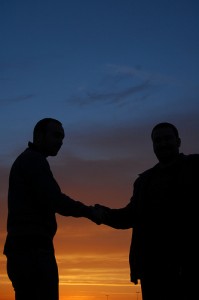 If you’re a regular reader of Labor Pains, you might wonder about the credibility of “nonpartisan” studies that talk about how wonderful being in a union can be.

Your suspicions are well-founded. The source of many of these “studies”—the Economic Policy Institute, also known as EcPI–is essentially the research arm of the country’s largest labor unions.

From mid-2004 to 2010, the Economic Policy Institute raised over $9.8 million from labor unions, according the disclosures available from the Department of Labor’s Office of Labor-Management Standards. In 2011 alone, the Economic Policy Institute received over $1.8 million from unions in contributions, gifts and grants, political activities, and representational activities. The donors include the AFL-CIO, UFCW, and the Teamsters.

And have you ever taken a look at their board members? A few people to note:

And those are just the board members that are literally on the union payroll.

In line with their labor-dominated leadership and donor base, EcPI “studies” come down in favor of bigger government and bigger unions. But their conclusions don’t stand up to closer scrutiny.

In early 2011, for instance, EcPI predicted that spending cuts would cost almost one million jobs. The Wall Street Journal exposed EcPI’s “plug and play economics” that used failed economic “multipliers” to come to the bogus conclusion. As the Journal put it, “Plug in spending and multiplier numbers and, presto, you get the job creation or destruction numbers you need for a political talking point.”

Elsewhere, we’ve taken a look at their “studies” that attempt to prove that public employees are underpaid relative to the private sector. As you might expect, the pro-union bias was obvious and the studies didn’t pass the smell test.

So when you see the “nonpartisan” Economic Policy Institute cited in your local paper, be sure to replace that “nonpartisan” adjective with something more appropriate for an institution that is “dominated by labor interests.”