Some Good News From the States

Last week we discussed the dire situation of several states’ pension funds. But while many states are headed for stormy waters, today brought two very positive developments that 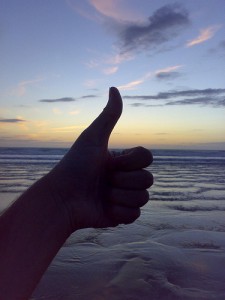 indicate labor unions’ stranglehold on state governments may be loosening.

Three of the largest state employee unions wanted to remove one of the more pressing issues that Gov.-elect Tom Corbett will find on his doorstep when he walks into office on Jan. 18. They sought a one-year extension to their labor contracts that expire June 30.

While Rendell saw advantages for his successor to not have to deal with labor negotiations right off the bat as he did when he first was elected in 2003, the incoming governor showed no interest when the two discussed the matter last week.

This was a desperate attempt by the unions to head off Corbett, who has promised to cut state spending and not raise taxes. Corbett, a fiscal conservative, will be far more likely to crack down on organized labor than Rendell. Thus the unions need Rendell to solve their problems — and quickly. Kudos to him for turning them down.

Meanwhile Indiana may join the ranks of right-to-work states:

Republicans in the Indiana House have filed bills that would prevent workers from being required to pay union dues, an issue considered so divisive that Gov. Mitch Daniels would prefer to avoid it.

The so-called right-to-work legislation could move forward anyway since Republicans have full control of the General Assembly after winning a House majority in last month’s election. The bills would prohibit companies from making union dues or membership a requirement of employment.

Daniels is understandably nervous about spending lots of political capital on what’s sure to be an acrimonious battle against the unions. (One Indiana Democrat is already claiming that right-to-work laws discriminate against women and minorities.) If the bill does pass, it would make Indiana the 23rd right-to-work state.