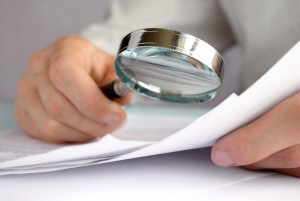 Among the more memorable examples of unions’ anti-transparency antics is the UFCW’s 2002 lawsuit to keep its constitution hidden from the public.

In February, the UFCW International had joined with UFCW Canada and Local 777 (now re-organized as Local 247) in an earlier lawsuit charging a UFCW shipping clerk with defamation and with copyright infringement for posting the union’s constitution on his web site.

The defendant, William Gammert, says he published the constitution because he was denied a copy when he tried to run for local president. An affidavit by a former UFCW International official, Hugh Finnamore, supported Gammert’s allegations:

“As a UFCW official, I worked with others to prevent members from obtaining copies of either the UFCW International Constitution or Local Union By-laws. As UFCW officials, we were suspicious of any member who asked for either document.”

The courts eventually ordered the union to make the constitution public. But a member interested in locating bylaws for his or her UFCW local may still be in the dark.

In an exhaustive search through the Office of Labor-Management Standards’ Online Public Disclosure Room (OPDR), the Center for Union Facts determined that 59 UFCW locals apparently failed to file a copy of their bylaws, as is required by the Labor Management Reporting and Disclosure Act (LMRDA). This week, CUF filed a complaint with OLMS asking the agency to investigate.

What might these UFCW locals be trying to hide? Union bylaws give the local president the sole authority “to interpret the bylaws and rules of the Local Union.” At UFCW Local 881 in Chicago, for instance, late union President Ron Powell used his own interpretation of the bylaws to create an additional dues assessment on workers. Just three percent of the union’s represented workers voted in favor of the assessment, but because of Powell’s interpretation of the bylaws, he was able to enforce the new charge.

The transparency provided by the public disclosure of these locals’ bylaws ensures union members know their rights and responsibilities. It’s time that members of these 59 UFCW locals receive that transparency.