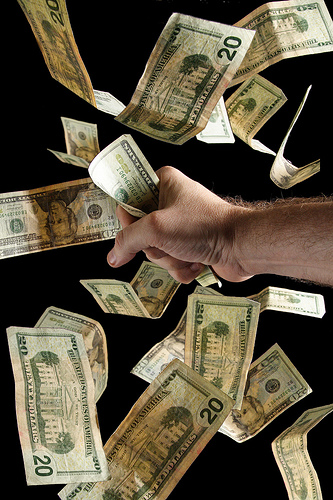 National labor unions are profiting off of the expanding recreational and medicinal cannabis industry, and the most egregious offender is the United Food and Commercial Workers International Union (UFCW). This week, the National Right to Work Foundation (NRTWF) asked the National Labor Relations Board (NLRB) to put a stop to this scheme.

According to the NRTWF, the UFCW is manipulating state licensing laws to force employees into union ranks. A letter from the foundation to the General Counsel of the NLRB describes this “disturbing trend” that violates “employees’ Section 7 rights to choose or refrain from union representation.”

Here’s how the scheme works: Several states have industry-specific licensing laws on the books that are aimed at empowering unions by forcing membership dues on employees. In New York and California, for instance, employers are required by law to enter into “Labor Peace Agreements” in order to maintain their license. In Pennsylvania and Illinois, cannabis license applicants who have LPAs essentially get preferential treatment by state officials.

Instead of allowing employees to pick their representation, an employer could already have an agreement with a labor union before the business is up and running. As the Foundation points out, these LPAs “violate workers’ privacy” and threaten their right to choose whether or not to join a union.

The NRTWF cites New Jersey as the most “egregious” violator of workers’ rights, as its law “brazenly requires employers to enter into collective bargaining agreements that will almost certainly contain forced dues clauses.” Additionally, license applicants must comply with LPAs as a condition of keeping their license. In practice, this means the state “pressures employees to sign up for unionization solely to keep their employers afloat.”

Unfortunately, it’s not “uncommon for labor to use its political muscle to force businesses to bend to its will.” California’s cannabis industry recently got a wake up call on how unions expect business to be done in the Golden State: “You have to play by union rules, or you don’t exist.”

It’s not just licensing laws that are susceptible to undue union influence. Hospitality worker union Unite Here Local 11 uses similar schemes to expand its reach in Southern California. The union fought for a proposal to mandate LPAs for city-owned property in downtown Santa Monica. Local 11 also frequently backs development projects that are otherwise opposed by community members, so long as the proposed hotel developer signs an LPA with the union.

As the NRTWF has warned, “Once this practice of dragooning workers into forced union representation and forced dues becomes established, it will be that much more difficult to overturn.” To protect workers’ rights, especially in the continually growing cannabis industry, the NLRB should take seriously these state schemes to push workers into union ranks, and work to preempt future laws that may compromise employees’ free choice.