How Would the PRO Act Hurt Workers? Let Us Count the Ways… 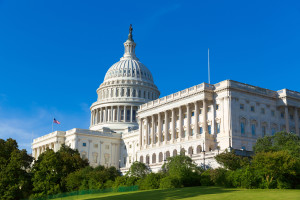 The Democrat-controlled House of Representatives recently passed H.R 2474, or the Protecting the Right to Organize Act (PRO Act). While the bill contains a laundry list of anti-worker policies, a few stand out as particularly harmful.

For starters, the bill would override right-to-work laws in 27 states across the country. Without these laws in place, workers would be forced to contribute financially to a union, even one they might disagree with, as a condition of employment. The PRO Act would also legislate away workers’ right to vote for their representation by secret ballot. Instead, the bill allows unions to bypass this basic tenet of democracy by using “card checks.” With card checks, workers are persuaded to sign a card that authorizes union representation. The system is largely unregulated and opens workers up to peer pressure, intimidation, and coercion. What’s more, the PRO Act copies language from a recent law in California that launched “debilitating new regulations on the gig economy.” The CA law known as AB 5 has threatened the livelihood of countless freelancers in the state by reclassifying them as “employees” instead of as “independent contractors.” Now, some legislators hope to do the same to workers across the country. But why support a bill that’s nothing more than a union wish list? Simple: Democrats rely heavily on union support. Consider that unions have sent more than $1.6 billion to left-leaning causes over the last ten years. Politicians on the Left are likely eager to push for union-backed policies if it means maintaining that level of financial support, despite the potential impact on workers. While the PRO Act is probably a non-starter in the Senate, the bill’s progress should be cause for concern. As one Congressman put it, the PRO Act would only succeed in providing workers with “fewer choices, fewer rights, and an inability to speak for themselves.”

A better alternative for American workers would be legislation like the Employee Rights Act, which would free workers across the country from paying mandatory union dues as a condition of employment, and give employees more power to keep or reject their union.