Sensible Labor Reform: The Gift That Keeps on Giving 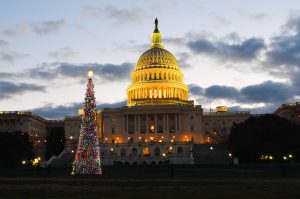 Just in time for the holidays, the National Labor Relations Board (NLRB) has delivered several rulings that should inspire Christmas cheer at workplaces across the country. Below are just a few examples:

For starters, the NLRB has moved to accept a settlement to resolve “dozens of cases” brought against McDonald’s Corp. Pending approval by a federal judge, the settlement will reinforce a definition of “joint employer” that holds franchisees primarily responsible for addressing worker concerns — instead of their parent corporations, which are typically uninvolved in the day-to-day tasks of franchisee employees. This not only protects against unwarranted litigation, it also ensures employees have a clear pathway for holding their employer accountable.

The NLRB has also rolled back regulations that “sped up” the union election process. These “quickie” or “ambush” elections often give employers little time to respond to a call for a vote to unionize. The new rule “relaxes the timeline” of these elections, including giving both parties “two weeks notice of pre-election hearings” instead of the current eight days.

Additionally, the NLRB has reversed an Obama-era ruling that required companies to continue deducting union dues from employees’ paychecks, even after a union contract had expired. The latest decision reverses this rule to follow a precedent that was set back in 1962. Now, employers won’t be forced to remit employees’ union dues for representation under an expired contract.

A potential bonus for the New Year: The Department of Labor (DOL) has proposed new disclosure requirements for public-sector unions. As of now, public unions are not required to file financial disclosures with the DOL — making it difficult for public union members to see exactly how their union is spending their dues. The proposed rule wouldn’t extend to all public unions, just ones that are part of a larger national union with private-sector members.

While public workers can access their union’s political spending at PublicUnionFacts.com, mandating more public unions to file with the DOL would be the right step toward ensuring more spending transparency in the future.

Union bosses might see these reforms as lumps of coal in their stockings instead of gifts, but to their grumblings we say, “Bah humbug!”