Another Obama-Era Roll Back at the NLRB 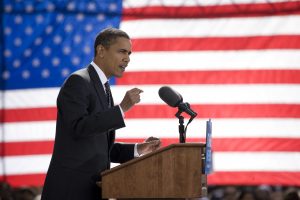 In yet another effort to roll back Obama-era labor policy, the National Labor Relations Board (NLRB) has proposed a joint-employer rule that would undo the Board’s 2015 decision in Browning-Ferris.

The proposed rule would reinstate 30 years of precedent that required “direct” and “immediate” control over employees’ working conditions to qualify for joint-employer status.

The 2015 decision defines “joint-employer” as when a business has “potential and indirect control” of employees. This is problematic for franchise owners–such as large scale fast-food companies like McDonald’s. They typically have little interaction with employees on a day to day basis. Yet, this standard holds them accountable for labor violations committed by their franchisees or contractors.

It also means companies could be required to enter into collective bargaining agreements– providing unions with additional leverage. For example, a union representing one of Microsoft’s suppliers demanded the company collectively bargain with them– even though Microsoft had little to do with the employees’ day-to-day.

The “indirect control” standard of Browning-Ferris makes it difficult to define which parties should be held accountable– often leading to more convoluted litigation than practical protection for employees.

In fact, a 2016 study authored by the Counsel for Coalition for a Democratic Workplace found that “in each case where the Obama [NLRB] Board changed the law, the resulting new law became more favorable to labor interests than it did under previous Board rulings—frequently at the expense of promoting stable bargaining and economic growth and without regard for balancing the interests of business, labor, and employees under the Act.”

A win for both employers and workers, this new rule would mitigate against unwarranted litigation while providing employees with a clear avenue for holding their employers accountable.