Who’s Taking a Bite Out of Black Construction Workers’ Pay?

We have investigated the distressing gaps in pay between black and white workers in New York City’s unionized construction trades. This week, we took our efforts to educate the public on the income inequality in the Building and Construction Trades Council of Greater New York (BCTC) to the streets, into the press, and onto the radio.

The message: In spite of construction union rhetoric on diversity, black union members make 20 percent less on average than their white counterparts.

The campaign launched with full-pages ads in City & State, the Amsterdam News and in the New York Post. We also sent a team to City Hall to hand out black and white cookies to demonstrate to city policymakers the uncomfortable truth about pay disparities in the city’s construction unions. 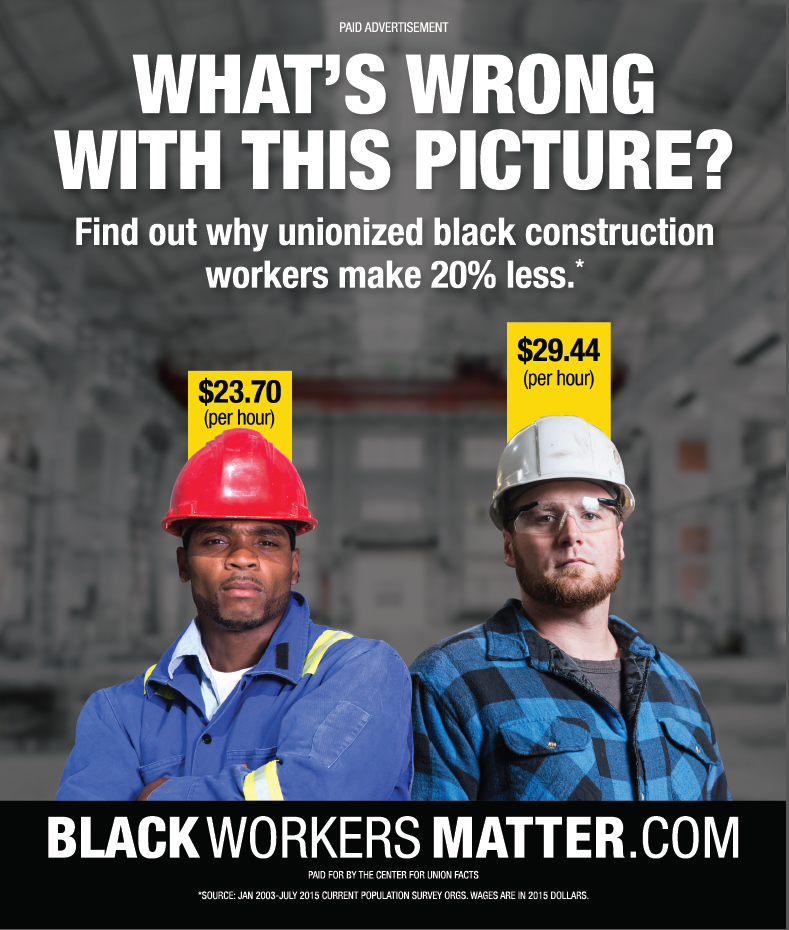 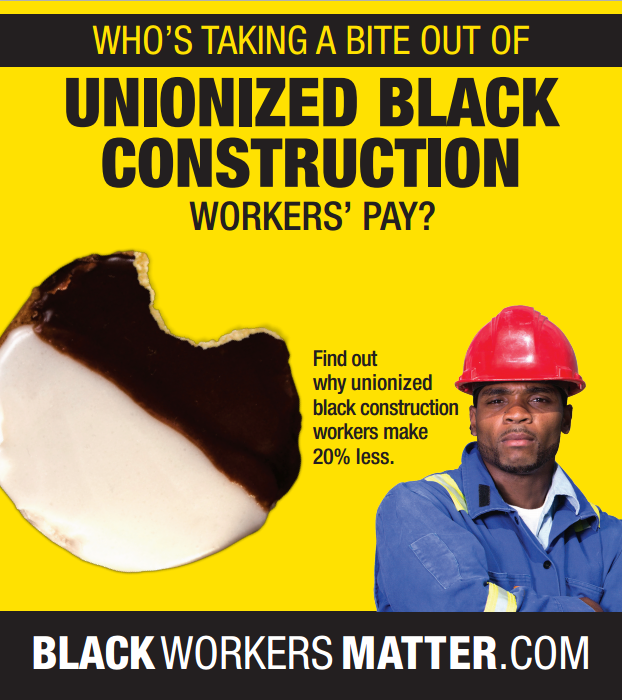