We recently noted that the Building and Construction Trades Council of Greater New York (BCTC) is promoting itself as an advocate for jobs and opportunity for minority workers in New York City.

Here’s one of their ads, emphasizing how many apprenticeships are going to non-white union members: 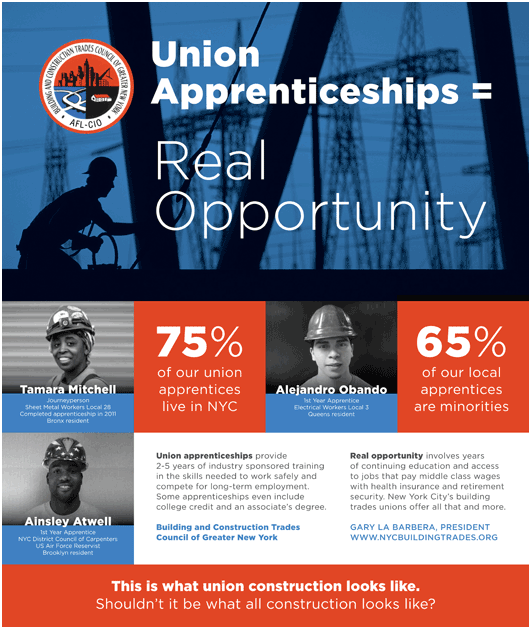 We found the emphasis on apprentices curious. While it’s surely notable that two-thirds of local appreciates are minorities, it raises the question: Who’s getting the higher-level, better-paying jobs?

A review of the leadership of the BCTC, which represents the city’s major construction unions, isn’t promising. As we note in an advertisement in the New York Daily News, the union leadership is historically exclusively “male, pale, and stale”—older white dudes as famously noted (regarding national unions) by former SEIU President Andy Stern. 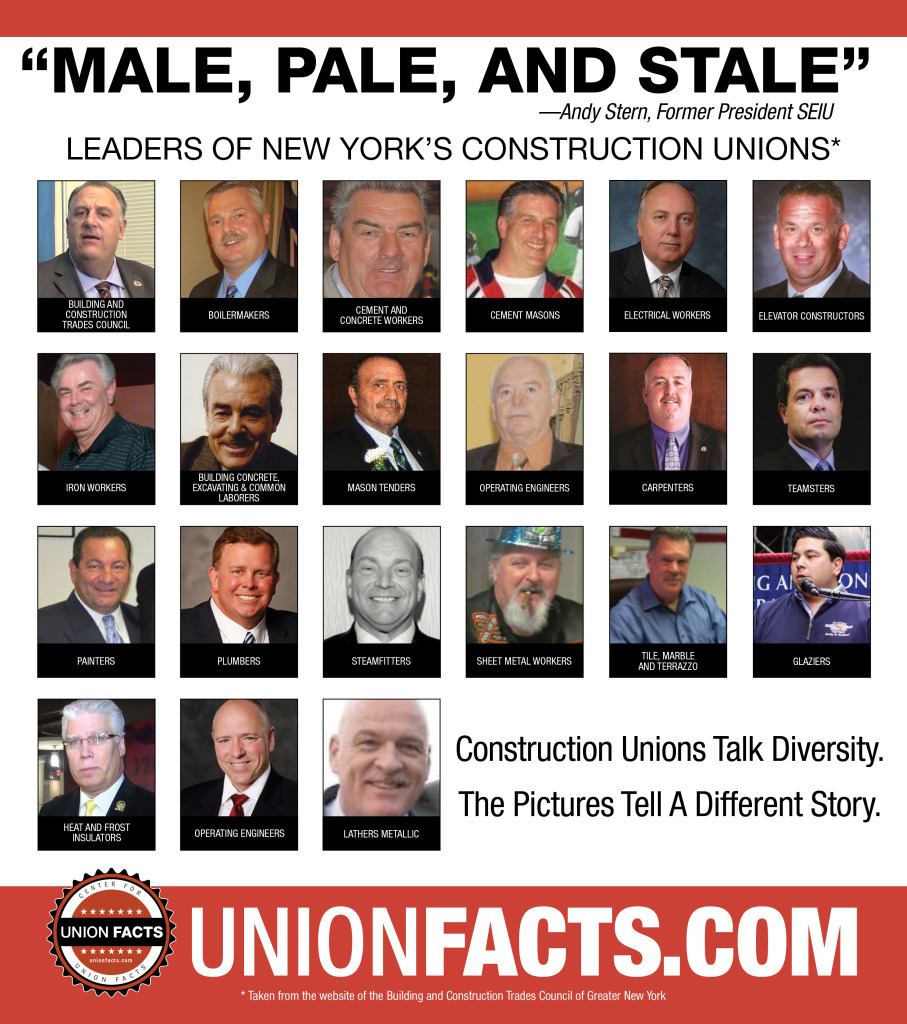 To determine whether the monochromatic leadership is indicative of any broader trends, we used Census Bureau data to look at the average hourly earnings for white and black employees in New York City’s construction industry. The results, displayed below, don’t look good for the union: 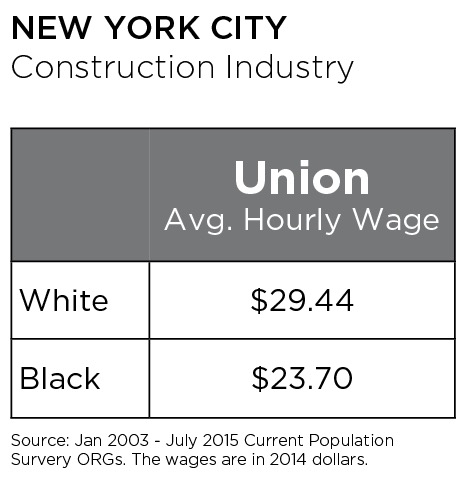 Black unionized construction workers makes $5.74 less per hour on average than a white unionized worker, or roughly 20 percent less. Labor groups might argue that white union workers tend to occupy positions in the industry that require more experience, but this begs the question: Why aren’t those higher-level positions equally available to black workers in the industry?

It’s likely that a contributing cause is the unions’ sordid history of discrimination on the basis of race. In 1999, the Christian Science Monitor reported on allegations of discrimination in New York construction unions (emphasis added):

“This has been a way of life in the construction trades for a very long time. NYU is just the latest case,” says Jim Haughton, who heads Harlem Fight Back, a group that began organizing black construction workers in the early 1960s. […] The role of racism in hiring was documented in a landmark 1993 study by the New York City Commission on Human Rights that examined the construction trades. The report found underrepresentation of minorities in trade unions greatest among Asians and Latinos. The report also said that white male workers routinely became union members after working at a job site for one to four weeks, while minorities often spend four or five years in an apprenticeship program.

All told, the evidence suggests that the BCTC of Greater New York may not be the beacon of opportunity to New York City’s non-white community that it claims to be.