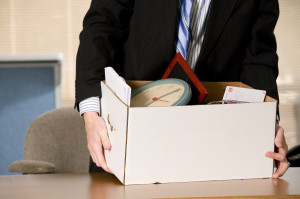 The International Association of Machinists (IAM) has had a lousy month. Two major organizing campaigns by the 569,000-member union have hit serious stumbling blocks, and the manner of flop demonstrates the need for the Employee Rights Act’s federal protection of secret ballot votes on whether to form a union.

First, the IAM’s effort to organize flight attendants at Delta Airlines was withdrawn from the National Mediation Board (airlines are covered by the Railway Labor Act, not the typical private-sector National Labor Relations Act). That’s bad enough, but it got worse when the NMB referred the union authorization cards to the Department of Justice, stating that the board “has reason to believe that some unknown person or persons knowingly submitted authorization cards with fraudulent signatures in a possible violation of federal law.”

The best-case scenario for the IAM now is a one-year hiatus in the campaign; the worst case is a federal trial. Either way, it’s clear that public authorization cards were compromised, rendering them a poor gauge of the true support for the union.

While it attempted to organize Delta flight attendants, IAM had also filed for an election to unionize Boeing employees at the plane maker’s South Carolina assembly plant. (Yes, it’s the same plant that the IAM and then-NLRB Acting General Counsel Lafe Solomon sought to prevent Boeing from assembling jetliners at back in 2011.) But by the end of the month, the IAM had to acknowledge another defeat, as it withdrew its petition for election for lack of support. The organizing effort is now stalled for at least six more months.

Unions prefer so-called “card check” agreements that deny employees a secret ballot and demand shorter “quickie” election timelines to wrong-foot employers. But these recent events are a clear illustration that only a secret ballot vote can secure employees’ ability to make their true feelings known. Even if the cards are not compromised, what employees will believe after talking to union organizers who are making nonbinding campaign promises and what employees believe when presented with both sides of the debate may differ, as they did at Boeing and in numerous other campaigns.