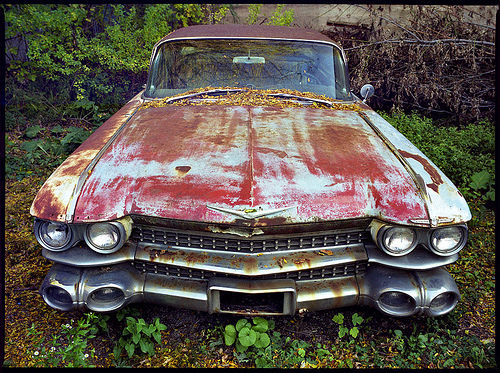 Big news in the labor world: The United Auto Workers lost a secret-ballot vote to organize workers at the Volkswagen assembly plant in Chattanooga, Tennessee. The UAW and its parent federation, the AFL-CIO, aren’t taking the defeat lying down, as The Wall Street Journal reports:

So far, the unions’ reaction to the defeat has been to fight back. AFL-CIO President Richard Trumka said in a statement that, “the ferocity of the anti-union forces only reinforces the fact that there is a powerful new form of organizing emerging.” The Communications Workers of America issued a statement Sunday saying “Chattanooga is the new Madison, Wisconsin,” referring to the bruising battle in that state with Republican Gov. Scott Walker a few years ago that led to the loss of collective-bargaining rights for many public employees there.

The UAW has also filed claims with the recently re-constituted National Labor Relations Board (NLRB), trying to get the vote overturned. The UAW claims that since third parties offered their input on how employees should vote, the vote shouldn’t count. It’s a questionable theory, but the NLRB—now legally stacked with union-friendly Obama appointees—has vitiated legal precedents before.

Indeed, the peculiar circumstances of the UAW’s Volkswagen campaign suggest the union should have done better than in so-called “laboratory” conditions. The UAW had the tacit support of management — about the only thing VW did to make UAW’s job harder was permitting a secret-ballot vote rather than UAW’s desired card-check — and promoted the legally dubious European “works council” model. As the Journal’s Holman Jenkins observes:

Workers were told a vote for the UAW wasn’t really a vote for the UAW—merely necessary under U.S. law to establish a German-style works council. Workers wouldn’t even have to pay dues under Tennessee’s right-to-work law.

So what went wrong? One worker told the Dallas Morning News that the UAW’s political program—pilloried by union opponents as the “United Obama Workers”—was one thing he wouldn’t abide: “I’m a Christian and a conservative and I refuse to give my (union dues) to things I oppose, like Planned Parenthood, gun control and the Democratic Party.” Unions like the UAW spend over 90 percent of their political funds electing Democrats and supporting liberals, even though 40 percent of union households consistently vote Republican.

So we get two lessons from the “Battle of Chattanooga.” First, secret ballot votes are crucial for allowing employees to have their voices heard, especially when management is “neutral” or tacitly supporting the organization effort. Second, unions’ highly partisan political programs can hurt their efforts to do their primary job of representing employees.

Both these lessons could be codified by a proposed piece of federal legislation, the Employee Rights Act (ERA). The bill would require secret ballot votes to certify unions, a position supported by over 80 percent of registered voters. Unions would also be required to get affirmative consent before using dues money for political purposes, a position also supported by over 80 percent of registered voters. With employee rights likely to be at the fore in the November election campaigns, shouldn’t employees not as fortunate as Volkswagen’s—over 90 percent of unionized workers didn’t get the chance to vote on whether their workplace would be unionized—get their say through the ERA?