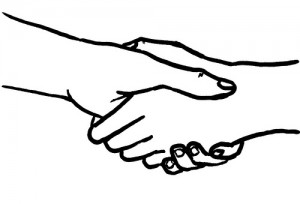 While unions who lose an organizing election can come back year after year until they win once and (effectively) forever.   The Employee Rights Act (ERA) would correct the structural imbalances in the organization process by requiring automatic recertification votes once half or more of the original certification voters had left the bargaining unit.

This certification-related provisions have drawn some flak from an unlikely source: Some elements within big business, who fear disruptions to “business as usual.” But as our executive director notes in The Hill, recertification and decertification of unions haven’t led to chaos where they already exist. Roughly 190 bargaining units are decertified annually under the existing union-friendly procedure, but there is little evidence of any effect “other than a newfound workplace freedom for those who wanted it.”

But the imbalances in the current process have real effects. Gaining the opportunity for a new election to get rid of a union is much easier said than done. Unions regularly rely on intimidation to ensure the dues flow keeps coming.

Those in business and labor who oppose ERA out of fear are standing against large majorities of the public and union households, according to national polling. Recertification receives support from 84 percent of the public, and new rules to protect employees from union coercion when decertifying their unions gets 80 percent support.

It’s time to empower employees and fix the problems in how labor unions are organized. The ERA would finally bring employee rights into the 21st Century, and Congress should act upon it as soon as it is reintroduced.