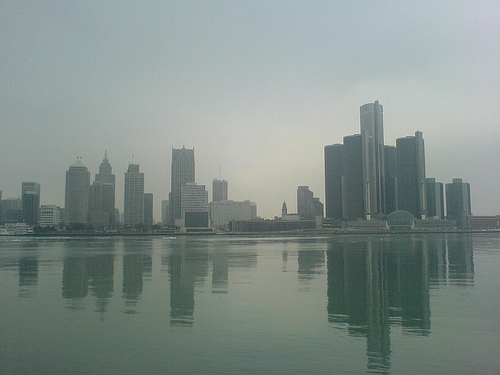 In 2010, the Chicago local of Randi Weingarten’s American Federation of Teachers (AFT) was taken over by its most radical caucus (led by left-wing union boss Karen Lewis). The result was a citywide teachers’ strike in 2012 that shuttered classes and inconvenienced parents for over a week, even as Chicago public schools continue to struggle.

Unfortunately for parents, taxpayers, and moderate-minded teachers, Detroit’s AFT local has decided that Chicago’s radical experiment would be perfect to emulate. In a runoff election for President of the Detroit Federation of Teachers (DFT), radical Steve Conn defeated the relatively more moderate Edna Reaves, an ally of the outgoing union president Keith Johnson, by fifteen votes. The Detroit News reports that these developments worry Johnson:

“I’m gravely concerned about the future of this union. Steve has a single answer to everything and that is strike, walk out, protest. He doesn’t understand that whether you disagree with someone or dislike them, you still have to work with them to move this district forward.” […]

“The only saving grace we may have is that the rest of the officers and board members are reasonable people and they will not allow (Conn) and his personal agenda to destroy the union.

For his part, new President Conn has vowed to “stand up” against “so-called reformers.” Meanwhile, the Detroit school district remains in administration under a state-appointed emergency manager, and Detroit students perform worst of any major city school district in the National Assessment of Educational Progress’s Trial Urban District Assessment.

The city schools are in a longstanding crisis, and the teachers union has chosen radicalism, strikes, and protests over partnering for necessary reforms. Detroit’s history of repeated teacher strikes—a total of four work stoppages from 1979-1992 with the longest walkout lasting four weeks—is  hardly cause for optimism. Unless the supposed “moderates” can keep the new, radical leadership of DFT in line, expect the education debate in the Motor City to get much nastier rather than more productive.