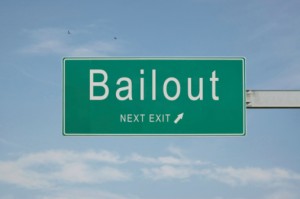 The New York Times came out this week with a deep investigation into the problems faced by New York City’s public employee pension fund (NYCers). The fund is struggling to match projected returns promised to employees and retirees with actual returns, and city services are already beginning to suffer as general revenue supports the fund.

With both its members’ continued employment and its retirees’ pensions on the line, you would think that the United Federation of Teachers, the American Federation of Teachers-affiliated NYC teachers union, would do everything in its power to help the city maximize returns for city employees.

But you would be wrong, as the Times reports:

The [pension plan] boards are fond of personally vetting investment firms — something experts in model boardrooms say they should not be doing. Politics can often intrude. The teachers’ union, for example, keeps a list of investment firms it sees as unacceptable because of their connections to groups that, say, favor charter schools.

So, despite the fact that NYC pensions (including teachers’ pensions) are in dire straits, the UFT puts is political agenda above its members’ security. This isn’t the radical action of a rogue local, either—the national union led by radical union president Randi Weingarten has also insisted that states refuse to do business with money managers that the AFT doesn’t like.

In the end, the only losers are likely to be AFT members and retirees. While their union bosses grandstand with members’ pension money, public pension funds continue to lag behind the returns they need to hit to satisfy the promises made to public employees. When those numbers don’t meet up in the end that means either a taxpayer bailout or pensioners losing out.

We can’t know whether or not the AFT-blacklisted money managers would get better results than the current crop serving NYCers and other public pensions. Indeed, even the best money managers in the world might not be able to keep all the unrealistic promises made to some public retirees. Making financial decisions based on unrelated political agendas, though, can’t be helping