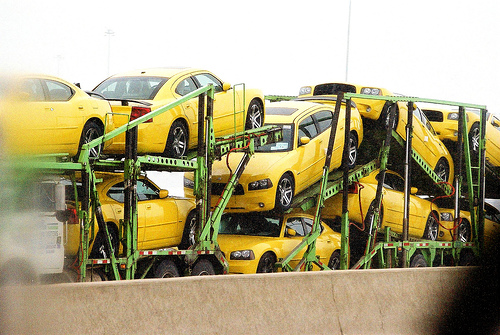 Back in Industrial Revolution-era England, the Luddites were a group of artisans who engaged in sabotage against factories they felt were taking their jobs. They lost, but don’t tell Big Labor: In cities across the nation, taxicab drivers backed by various national unions are protesting new internet-based car-hire services such as Uber.

Consumers tend to like these services a lot, but taxi drivers and the unions looking to harvest membership or associates’ dues from them are trying to ban them. Some cabbies oppose what they see as the for-hire services evading regulations that apply to them; others simply oppose competition for fares.

Either way, the unions are looking for dues revenue (the Washington Post reported that Washington, D.C.’s Teamster-affiliated cabbies pay $25 per month in dues) and supporters for their other campaigns. And with the “Uber Wars” breaking out in major cities with strong union political presences, the cabbies are wagering that their union allies will prove more powerful than the allies of the ride-sharing companies.

In Chicago, the American Federation of State, County, and Municipal Employees (AFSCME) is trying to build an organization of taxi drivers while an existing organization is petitioning to join the AFL-CIO. This week, D.C. taxi drivers under the auspices of the Teamsters union conducted a traffic shutdown protest in order to rally opposition to an ordinance that would legalize and normalize so-called “ride sharing” through internet services.

This is part of a pattern: Unions consistently oppose consumer choices. Teachers unions like the American Federation of Teachers (AFT) oppose school choice measures like charter schools wherever they appear. The airline pilots’ union (ALPA) wants to ban a Norwegian-owned Ireland-based airline from U.S. skies. And don’t forget the Bakers’ union almost killed off the Twinkie by striking bankrupt Hostess.