Media Matters Lawyers Up Against Its SEIU Allies 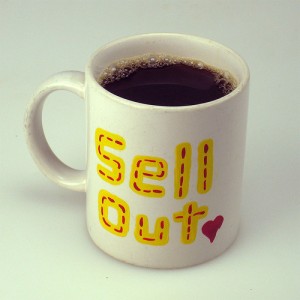 We’ve caught unions (like the SEIU and the NEA) battling hard against the unions of their unionized staff. Their left-wing “nonprofit” allies seem no different: Left-wing media critics Media Matters for America are lawyering up and heading to the National Labor Relations Board to demand a secret-ballot election rather than a card-check agreement with SEIU Local 500, which wants to represent at least some of the group’s employees.

Media Matters’ sudden and convenient discovery of secret ballots is also hypocritical, since the group pushed strongly for the noxious card-check bill that bore the Orwellian title “Employee Free Choice Act.” The group repeatedly published blog posts criticizing people who said the bill would abolish employees’ secret ballots. Of course, it would have—it mandated card check recognition with 50%-plus-one of the employees’ public card signatures, rather than private votes. (You can guess which one the SEIU prefers.) And it’s not just that: Media Matters has praised so-called “voluntary recognition agreements” (the union P.R. name for card checks):

Now Media Matters holds the “dagger,” and the group seems to be going in for the kill. Media Matters hasn’t retained some pipsqueak, rollover representation: NLRB filings show the group has retained management-side law firm Perkins Coie, a high-powered D.C. firm that boasts of its ability to represent employers faced with “union organization campaigns.”

Of course, we’re pleased that Media Matters employees will be able to express their opinions about whether or not their activist group should be unionized in private: Maybe the activist group could endorse the widely supported Employee Rights Act (ERA) and ensure that same right is extended to all employees covered by the National Labor Relations Act. (We won’t hold our breath: Media Matters’ “partner project,” the Media Matters Action Network, received $100,000 during the 2012 election year from SEIU dues for political advocacy.)

Will Media Matters defend its rights as the employer to the hilt with a full array of management tactics? Time will tell. But with friends like these, does Big Labor even need enemies?