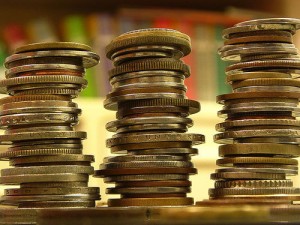 Last week, the Supreme Court ruled that “aggregate limits” — maximum totals on contributions to all candidates and party committees combined — on individuals’ election contributions were unconstitutional in a case titled McCutcheon v. FEC. This ruling annoyed Big Labor, which enjoys 10 of the top 14 spots in the ranking of organization contributors to federal political campaigns compiled by the Center for Responsive Politics.

Our executive director took to the Tampa Tribune to call out this hypocrisy from union officials. Noting that unions can and do take advantage of their other money-in-politics boogeyman decision (Citizens United v. FEC), he wrote:

What Trumka and Henry leave out of their critiques is that although Citizens United did enable corporations to make unlimited independent political expenditures, it also allowed labor unions to do precisely the same. And as evidenced by their own eye-popping political spending, labor unions — particularly the AFL-CIO and SEIU — are keenly aware of this reality. In the 2012 elections, Big Labor spent $433 million on state and federal political causes.

This year, unions are going even bigger. The AFL-CIO has already vowed to spend $300 million to unseat just five Republican governors, in Wisconsin, Michigan, Florida, Pennsylvania and Ohio — $60 million per gubernatorial election. And that doesn’t include the tens of millions of dollars they will funnel to U.S. House and Senate campaigns.

Although state campaign finance laws prohibit using dues money for direct contributions to candidates in all those states except Florida, unions can and do use this cash to fund so-called “independent expenditures” — advertisements not coordinated with campaigns that still run in support of (or opposed to) specific political candidates.

That’s a big problem, because polling data suggests substantial proportions of union members will vote against the candidate their dues paid to support. For instance, exit polling from the last midterm elections in 2010 showed that over 30 percent of union householders voted to elect the Republicans in Ohio, Wisconsin, and Pennsylvania (where the Republican percentage broke 40%).

There is a fix for this imbalance, as our executive director notes:

Fortunately for union members, there is legislation before Congress that would correct this imbalance of rights. The Employee Rights Act (ERA), sponsored by Sen. Orrin Hatch, R-Utah, and Rep. Tom Price, R-Ga., has 27 cosponsors in the Senate and 89 cosponsors in the House. It is pro-employee legislation based on eight straightforward principles that together ensure employees are afforded democratic rights on the job.

The ERA would require unions to gain the affirmative consent of members before using dues money for political purposes. If union leaders are serious about campaign finance reform (and not just shutting down their competition for influence), they should adopt this commonsense proposal.