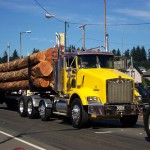 We’ve covered the despicable behavior of the International Longshore and Warehouse Union (ILWU) before. In a dispute with the Port of Longview, ILWU members stormed the port, and when local media went to ask about the incident, a union member threatened to destroy the reporters’ camera.

Hooks alleged that Local 4 members “threatened to rape the daughter of one of the employer’s managers,” and implied threats to harm a manager’s children by telling him they would “see his children at school” and asking, “are (his) children okay today?”

Yes, you read that correctly. The NLRB, no bastion of anti-labor sentiments, alleges that members of the International Longshore and Warehouse Union threatened to rape a manager’s daughter. If there was ever an example of why over 90 percent of Americans—including over 90 percent of union households—believe that union threats of violence should be criminalized, this is it. (An NLRB ULP charge is not a criminal charge, but can lead the union to be sanctioned if the charge has merit.) The Employee Rights Act would ensure that violent and threatening behavior in union efforts would be made crimes.