The Nuclear Option is Bad…Good…Okay Sometimes… 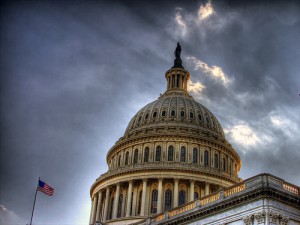 NLRB nominations are only a problem when Republicans nominate them. Pro-labor, anti-labor, it doesn’t matter; Senate Majority Leader Harry Reid only plays partisan politics. For the first time in American history, Senator Reid is seriously considering invoking the “nuclear option.” The nuclear option removes the power to filibuster and moves the required votes for a Senate confirmation from 60 votes to a simple majority of 51 votes. Without the filibuster, the Senate could railroad through nominees without opposition, effectively fulfilling the Democrats’ election promises to big labor. According to Politico, “Reid is also under tremendous pressure from big Democratic donors to employ the nuclear option.” One can only wonder who those donors are.

Reid’s opinion on the nuclear option has changed drastically in the past eight years. Well, his opinion on the president’s ability to have “the team they want” changes by the day. Senator Reid recently said, “Shouldn’t (presidents) be able to have the team they want? That’s what this is all about. This is about making Washington work regardless of who’s the president.” Oddly enough, Senator Reid was singing a different tune in 2005. He claims he “ate sh*t” by allowing votes on President Bush’s nominees. However, while speaking out against the nuclear option, he commented, “I would never, ever consider breaking the rules to change the rules…in the process we cannot give up the basic rights this country and this Senate have had for more than 200 years.” Which is it Mr. Reid? Do we follow Senate procedure or do we not?

The nuclear option sets a dangerous precedent for Senate procedure as well as regulatory politics in America. With free reign to nominate whom he pleases, the President can place a controlling pro-labor majority on the National Labor Relations Board to create more arbitrary rules for the courts to strike down. Recess appointments only last until the next Senate recess, but a confirmed NLRB appointment will last for five years. Without the check of power provided by the supermajority, labor will be written a blank check and will go largely unopposed.