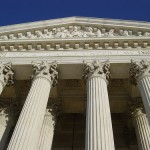 Operating under the NLRA, the Court concluded that the NLRB cannot proactively create rules to inform employees of their collective bargaining rights when there is no offending employer. Judge Duncan put it simply: “[h]ad Congress intended to grant the NLRB the power to require the posting of employee rights notices, it could have amended the NLRA to do so.”

The 4th Circuit’s decision marked yet another defeat for the NLRB’s proactive role in increasing the influence of big labor. As mentioned, the Board lost the case for poster requirement in the D.C. Circuit last month and in a South Carolina U.S. District Court last April. The NLRB’s “arbitrary…abuse of discretion” in rule making has no place in labor law.

The NLRB is losing court battles as the administration attempts to tip labor law towards unions. Historically, the Board has rarely promulgated regulations — opting instead to shape labor law through its decisions. The Board’s recent set of rules are indicative of an effort to cement in place the Board’s pro-labor agenda bent beyond the current term of members. However, the guidelines for judicial review under Section 706 of the Administrative Procedure Act have thus far prevented the partisan political agenda of the NLRB.

Much of this may be moot if the Supreme Court of the United States upholds the recent ruling in NLRB v. Noel Canning, which found that President Obama’s recess appointments to the Board were unconstitutional. Consequently, the courts are now questioning the “quickie” or “ambush” election rule conjured by the NLRB in order to expedite the unionizing process in the workplace. An entire year of a carefully constructed pro-labor agenda is beginning to fall apart.