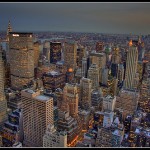 The Obama Administration has made no secret of its efforts to stall the decline in union memberships not by reforming unions but by curtailing employee and management rights. The Department of Labor alone has reduced union transparency by abolishing certain reporting requirements and cut the number of investigations into union financial impropriety. Former Secretary of Labor Hilda Solis pushed hard for the failed secret-ballot-abolishing EFCA. The actions of the National Labor Relations Board (NLRB) and the non-recess “recess appointment” panel-packing scheme invalidated by a federal court also show the lengths to which the Administration will go to prop up its Big Labor (campaign) cash cows.

However, the biggest and most costly gift by the Administration to the unions may be yet to come. A Manhattan Institute report details a proposed rule which would require management to disclose any consultations with outside consultants—including labor law attorneys, whose consultations are currently protected by attorney-client privilege—during union organizing campaigns and that would require the consultants—again, including attorneys—to publicly list all their clients. The author, Diana Furcthgott-Roth, explains the cost:

We estimate that the total burden for the first year would be between $7.5 billion and $10.6 billion. The subsequent annual costs amount to between $4.3 billion and $6.5 billion. The total cost over a ten-year period could be approximately $60 billion.

This brings the cost of the proposed rule well over the $100 million level that requires the agency to perform a cost-benefit analysis. The department calculated no benefits from the proposed rule.

But there’s far more wrong with the rule than its underestimated cost to firms. In a page taken from the Obama Administration’s NLRB which eviscerated precedent at multiple junctures to make life easier for unions, the Labor Department is set to set aside a half-century of precedent and the plain text of the law (the Labor-Management Reporting and Disclosure Act or LMRDA) to enact this rule. Furcthgott-Roth explains:

The law’s broad objective was to improve transparency in the unionization process by establishing uniform reporting requirements for unions and employers, as well as for hired consultants who make presentations directly to firms’ employees.

But Section 203(c) of the law specifically states, “Nothing in this section shall be construed to require any employer or other person to file a report covering the services of such person by reason of his giving or agreeing to give advice to such employer. …”

The law clearly states that attorney advisers are exempt from the reporting requirement, but the Labor Department seeks to make this advice public in order to make it harder for firms to get advice about union issues.

Ultimately, the result of the move might be more infringements on employees’ rights. Since the rule would make consultations with labor attorneys public, more businesses might try to “go it alone” in dealing with union organizing campaigns. Without expert assistance, more firms might unknowingly transgress NLRB election rules. Also, more firms might be intimidated by the prospect of publicly disclosed consultations to enter so-called “neutrality agreements” which may contain a provision to take away workers’ rights to a secret ballot vote on unionization.