The White Knight Comes for the Snacks, Not for the Union 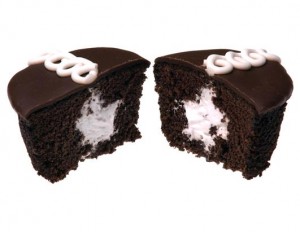 Twinkie the Kid was known for saving Twinkies from evil-doers in his classic commercials. Unfortunately, the Kid was no match for destructive union leadership. Will someone else come to the rescue?

Fans of Hostess snacks are hoping that other bakers will run to the brand in the same way they had a run on the products this weekend. And there’s plenty of speculation as to the fate of Hostess and its most iconic assets. Chief among those rumors is that Grupo Bimbo, a Mexican food company, will buy the product line.

So does that mean the striking members of the Bakery, Confectionery, Tobacco Workers and Grain Millers International Union (BCTGM) will be back at work soon? Not exactly.

Especially if a Mexican buyer is involved, production may go the way of the Brach’s and Fannie May candy concerns: south of the border. With US sugar tariffs set artificially high to protect Florida sugar-growing concerns, a non-unionized shop with access to lower-priced sugar in Mexico could be the Twinkie lifeline, economists suggest.

On the other hand, if Hostess’ problem is its legacy delivery system, which is what University of Maryland economist Peter Morici suspects, Bimbo may be able to squeeze profits out of the supply chain while still making Twinkies in the US, albeit probably not in union shops.

So much for the white knight that unions still think will ride in to save them. Despite the union’s contention that management should take 100% of the blame for the liquidation, prospective buyers are finding that the union workforce needs to be subtracted out of the equation in order to have a comeback of Ho-Ho’s. It’s the same thing that Hostess told the Teamsters, and why they agreed to work with management.

A new rumor today is that the only chance for the company to survive as one unit would be from the help of a private equity firm. You know, the “Bain-style” people that AFL-CIO President Richard Trumka blames for the bankruptcy.

After engaging in what Bloomberg News called “brinkmanship,” members of the BCTGM really should not be happy with their union leaders. As J. Justin Wilson, Managing Director of the Center for Union Facts, explained on CNBC on Friday, there is little chance that many of these jobs will ever return. He said that “we should feel bad” for the union members who were duped into thinking that their jobs would be saved at the last minute:

Unions are out of touch with workers when it comes to issues like this. This is the worst case scenario—everyone is out of a job, including the CEO of this company. The union is the one that walked over the cliff.

BCTGM seemed to be more concerned with its negotiating power than it was about keeping its members at work just before the holidays.

Even while the union and Hostess were thrown a life raft by the bankruptcy judge on Monday, we learned more about the union’s efforts—or rather, the lack thereof:

“The bakers union did not object to the relief that was sought. I want to repeat that,” [the judge] said, calling its decision to remain silent when Hostess was on the verge of imposing labor cost cuts “somewhat unusual, to say the least, and perhaps illogical.”

So what is the point of the union—to protect its power and its talking points or to protect its workers against losing their jobs? Or as the editorial board of Investor’s Business Daily asks, “When are unions going to start caring about real jobs and real workers?”