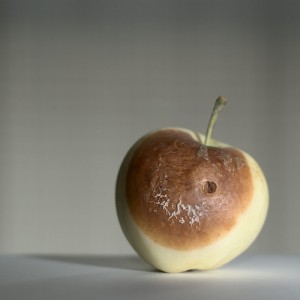 The former head of the Broward Teachers Unions (BTU) in South Florida turned himself in on Monday and now faces corruption charges, including racketeering and fraud. Pat Santeramo, who spent over a decade at the helm of one of the state’s largest teachers unions, will now be spending a few nights behind bars. A Florida judge kept his bond at $480,000  and reminded Santeramo and his prospective co-signers that any money or collateral they put up needed to come from legitimate sources.

Why the reminder? Santeramo is accused of working with an accomplice, a Coral Spring contractor, who helped him embezzle funds from the union by inflating invoices for services supposedly performed at the unions’ headquarters. Police say that on the 30-plus occasions when the BTU paid the contractor, he in turn handed over cash payments to Santeramo that totaled $165,000.

In case that wasn’t tough enough money for the Broward teachers to lose, there was Santeramo’s payout following his resignation. He claimed the BTU owed him $231,000 in sick and vacation time. But union members questioned the authenticity of the eleven-year-old memo Santeramo presented as proof of his due compensation. A former union board member told the Miami Herald that she and others believed Sateramo “did not deserve a dime” and that one member took particular exception to discrepancies in the memo. Nevertheless, the BTU’s parent union, the American Federation of Teachers, who had swooped in to pick up the pieces of the BTU, decided to cut Santeramo a check anyway. The final check was just $174,538.70, since the AFT realized Santeramo had been overpaid by over $56,000 while president.

And now, police believe that Santeramo did in fact forge the memo in order to receive over $120,000 more than he should have. Rather than wait to make the payout, as BTU members suggested, the AFT forged ahead, claiming that Santeramo was clearly owed the money. The AFT administrator, John Tarka, said that it was “more than a legal obligation,” to give Santeramo the payout but also “a statement about our character and a fundamental value we teach our children.” We’re not quite sure what values they’re talking about, but it certainly wasn’t fairness.

Santeramo is also accused of illegitimately reimbursing himself and “scores of union members and associates” from the union’s coffers for their campaign contributions to presidential, gubernatorial, and local candidates.

Media watchdog group NewsBusters noticed something that didn’t make the story in most papers: the beneficiaries of this political spending.  Luckily, the Broward Palm Beach New Times, a free weekly South Florida newspaper, read through the charges and found that Santeramo is accused of embezzling union funds for $25,000 in reimbursements for contributions to Hillary Clinton’s presidential campaign and to Alex Sink, the Democrat candidate for governor in Florida’s last election. (Not only were the teacher’s funds illegally used, but they went to two losing campaigns.)

We remind people every day that “being in a union can be painful.” This is certainly one of those days for the BTU members. One teacher said it best:

“It’s very disappointing, the whole thing that has happened,” said Bizzy Jenkins, an art teacher at Cypress Bay High School in Weston. “Not only have we had problems with the School Board and the county itself wasting money and crime, then our union does it too. Where can we turn? What can we do?”

She said BTU members are already “leaving the union in droves, not only because of the impropriety, but the way money is being spent, and the fact we haven’t gotten a raise. Some people feel, ‘Why am I spending $600 [for union dues] a year? What am I getting for it?'”