A New Direction for AFSCME? 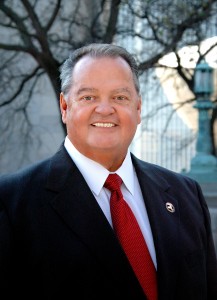 On the heels of the Wisconsin recall, the 1.3-million-member American Federation of State, County and Municipal Employees (AFSCME) is about to participate in another heated election—its own.

At stake: the political direction of the organization during its next chapter.

After 31 years, retiring President Gerald McEntee has built up a reputation as a leading liberal voice and political kingmaker in the Democratic Party. The race, however, has opened up a broader debate on whether AFSCME should become less active in supporting Democratic causes and candidates monetarily at the federal level and more active in grass-roots operations at the state and local levels, according to the Associated Press.

Donohue wants to focus on more issues facing members locally, which he believes have been overlooked during the union’s push to support Democrats at the federal level.

“It’s just not about the Senate and the House. It’s about the governor races, the county races, who’s going to be mayor in some cities. Our enemies … didn’t start in Washington, they started at the school board and county level,” Donohue said in an interview with the Associated Press.

The union has pledged $100 million to help re-elect President Barack Obama—more than any other union and a 7.5 percent increase over its 2010 political spending.

The increase in political spending will likely put more of a strain on AFSCME’s members, as membership appears to have dropped about 7.6 percent between 2011 and February of this year, according to internal documents obtained by the Associated Press.

“We seem to be trying to throw money at problems,” Donohue continued. “Instead of writing a check, how do we galvanize our members?”

Delegates will select their new president at the union’s convention in Los Angeles on June 20.