As President Barack Obama said two years ago, “Elections have consequences”. He’s probably less enthusiastic about that bromide today — as are the unions who campaigned on his 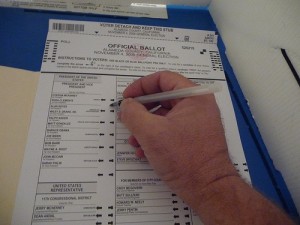 behalf. As the New York Times reports, state officials are gearing up to take on organized labor:

State officials from both parties are wrestling with ways to curb the salaries and pensions of government employees, which typically make up a significant percentage of state budgets. On Wednesday, for example, New York’s new Democratic governor, Andrew M. Cuomo, is expected to call for a one-year salary freeze for state workers, a move that would save $200 million to $400 million and challenge labor’s traditional clout in Albany.

But in some cases — mostly in states with Republican governors and Republican statehouse majorities — officials are seeking more far-reaching, structural changes that would weaken the bargaining power and political influence of unions, including private sector ones.

The explanation for all this from the unions is that newly-elected Republicans are looking to exact revenge because organized labor spent so much money on Democrats in 2010. But that doesn’t explain Cuomo. It also doesn’t explain the massive public pension problems facing state lawmakers. The aforementioned Indiana, for example, has more than $442 million in unfunded public-sector pension liabilities as of last year.

It’s not all bad news for labor though. There will still be jobs for union hotshots in the New York Attorney General office.