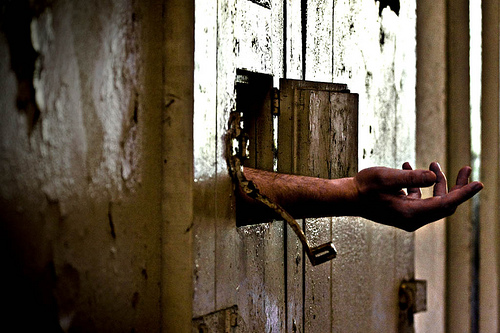 We’ve written before about the amount of money that California spends on prison personnel, at the expense of both the prisoners and the entire state’s budget. It’s pretty ugly stuff, and Schwarzenegger seems hell bent on righting some of these wrongs.  According to the Fresno Bee this week:

Prison, legal and financial experts generally praised Gov. Arnold Schwarzenegger’s plan to shift state prison funding to public universities, but said a constitutional amendment that ties the government’s hands in perpetuity could cause more harm than good. “The governor, some years ago, railed against autopilot budgeting,” said Steve Boilard, director of higher education for the nonpartisan California Legislative Analyst’s Office. “This is just another set of restrictions that may not make sense in future years.” Beginning in 2014, the governor’s proposed amendment would dedicate at least 10 percent of the state general fund to the University of California and California State University systems and limit prison spending to no more than 7 percent – approximately reversing the amounts in those lines in this year’s budget.

That plan would have to roll back vast increases in prison outlays in recent years, used in part to underwrite rising wages and benefits, and new medical programs. […]

Schwarzenegger also proposed increased privatization – using private employees in state prisons or contracting out the housing of prisoners to corporate prisons – to cut costs. According to Department of Corrections and Rehabilitation figures, California spends about $50,000 per prisoner annually, compared to a $32,000 average for the next 10 largest states. Department spokesman Gordon Hinkle agreed that costs could be reduced sharply by using more private prisons. Joan Petersilia, a leading prison expert and professor at Stanford Law School, said contracting out low-security prisoners to private prisons is a proven cost-saving measure. Currently, California sends about 8,000 of its approximately 170,000 inmates to private facilities in Mississippi, Oklahoma and Arizona. “It’s so cost effective because 70 percent of housing someone in a California prison is due to personnel costs, and our costs are higher in California,” she said.