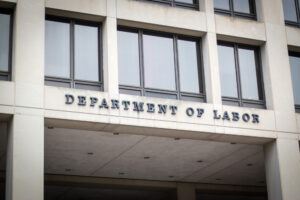 This week, the Department of Labor published a proposed rule for determining whether or not a worker is an employee or an independent contractor. Spoiler alert: it’s not looking good for hundreds of thousands of freelancers across the country who are hoping to maintain their independence.

This new rule is a break from the Trump-era guidelines which prioritized how much control a worker had over their work and their “opportunity for profit or loss.” Instead, it lays out a list of highly subjective factors that only add confusion for workers and employers alike who will have to interpret this ruling. The new rule looks at “totality-of-the-circumstances” for an individual, meaning there’s a whole bunch of different – and potentially unclear – criteria that could qualify someone as an employee. The goal is clear: make it easier to reclassify countless independent contractors as employees. But a Bureau of Labor Statistics study found that nearly 80 percent of independent contractors prefer their independent work over traditional jobs. Less than 10 percent would switch to a traditional job if given the choice. Many of these contractors value the flexibility that comes with freelancing – especially those raising children or caring for a family member. But the federal government would rather apply a one size fits all model that would likely reclassify these contractors and upend their livelihood. To be clear, this is not to the benefit of actual workers. It’s all an effort to help labor unions increase their declining rank and file numbers. Unions have a far easier time organizing employees instead of freelancers. We already know reclassifying hundreds of thousands of freelancers against their will is a bad idea. California tried this policy out with its controversial AB 5 law. Thanks to the countless workers and industries that were outraged by the change, the law is now riddled with carve-outs. This is why we need ground-breaking legislation like the Employee Rights Act (ERA) which would codify the definition of employee and protect the independent contractor status for freelancers across the country.
Categories: Uncategorized