UAW Accused of “Threatening and Intimidating” Members at Constitutional Convention

Members of the United Auto Workers hoping to have their voices heard at the union’s constitutional convention last week were reportedly greeted with hostility from UAW leadership.

The convention was supposed to be a democratic gathering, emphasizing the union’s recent switch to a “one member, one vote system,” instead of the delegate system that was previously in place. Union members voted to make this switch after a years-long federal investigation unearthed deep-rooted corruption at the union.

But reports show that attendees who questioned the union’s status quo were heckled, intimidated or drowned out.

The main issue that arose between leadership and attendees was that the UAW did not want to increase pay for striking workers. The vote to raise strike pay passed initially, but UAW leaders then put it up for a reversal vote after many members had already left the convention, allowing the policy to be reversed before it ever took effect. Union leaders also pulled the same trick to give themselves raises after the vote was first denied.

Scott Houldieson, a leader of the pro-reform group Unite All Workers for Democracy, told the Detroit News that the convention started out cordially only to devolve into anti-democratic chaos as leaders aimed to silence dissenting voices.

“Democracy was breaking out all over the place — until (Thursday) morning. What you saw (Thursday) is what we’re trying to get away from, what our caucus is interested in reforming. We want to bring democracy to the UAW so that the members have a real voice, rather than this convention system where the administration lays down the law and tells the delegates what they’re going to do and how they’re going to vote,” Houldieson said.

Here’s what others had to say: 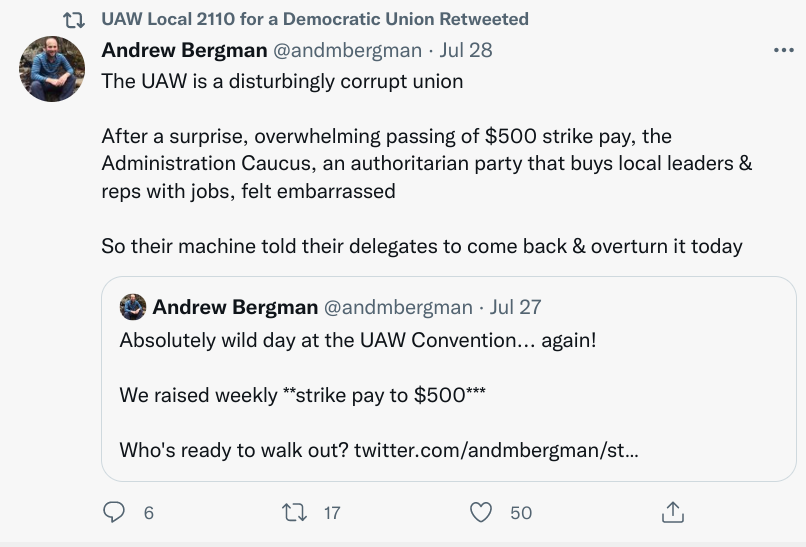 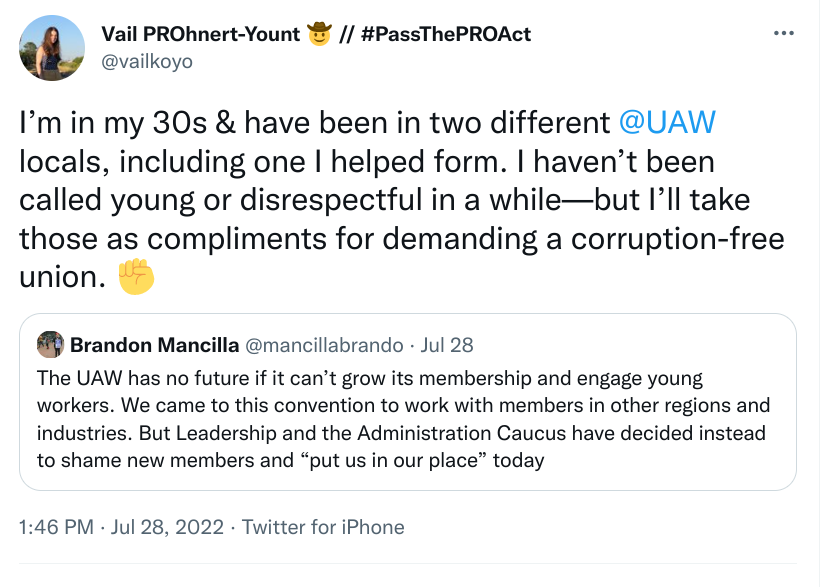 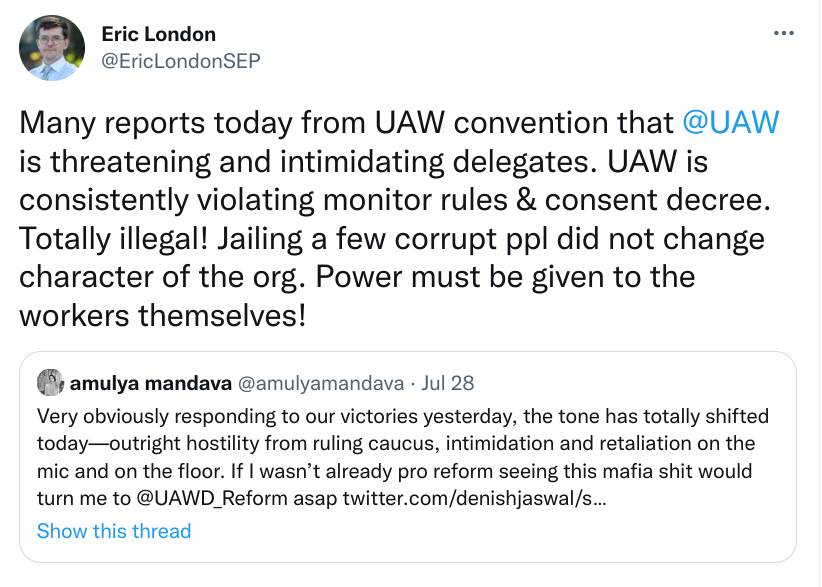 For the UAW, these tactics are nothing new. But it looks like workers’ voices won’t be so easy to drown out this time around.