SEIU Facing Backlash From Its Own Staff 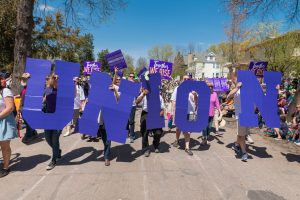 One of the nation’s largest labor unions is being accused of union-busting by its own employees. Staff employees of the Service Employees International Union (SEIU) have launched a campaign and walk out against the labor union, tweeting out that they “refuse to tolerate SEIU’s hypocritical #unionbusting behavior.” The staff are part of the Office and Professional Employees International Union Local 2 (OPEIU Local 2).

The walk out comes after a year of contract negotiations between OPEIU Local 2 and the SEIU. According to the union, during that time the SEIU has been outsourcing union jobs, eliminating work for staff members, and misclassifying employees.

Perhaps the most egregious accusation has been the cuts made to the SEIU’s pension fund. In the past five years, OPEIU Local 2 reports that the SEIU’s pension fund has been cut in half. There’s also been a significant decline in OPEIU Local 2 workers since 2005, decreasing from 171 members to just 84. Maybe that’s partly to do with the claim that the “SEIU spent $21.6 million outsourcing work to non-union consultants in 2017.”

That’s not to mention the accusations of “widespread bullying and sexual harassment” by SEIU officials that have surrounded the union’s leadership in recent years.

OPEIU Local 2 members and their supporters are calling on the SEIU to “practice what they preach.” Only time will tell if the union is willing to listen.