The AFL-CIO, America’s largest federation of labor unions, recently released its annual Executive Paywatch report. AFL-CIO Secretary-Treasurer Liz Shuler describes the report as “further proof of America’s income inequality crisis,” for which she blames CEOs who are “paying themselves more and more.”

The report found that the “average CEO of an S&P 500 Index company” earned $13.94 million in total compensation last year, while the “average production and non-supervisory worker” made just over $38,000—a purported 361:1 CEO-worker pay gap.

There are just a few problems. As the American Enterprise Institute’s Mark Perry explains in detail, the union report is “based on a series of flawed statistical assumptions.” For example, the AFL-CIO routinely uses the mean CEO compensation figure, which is always higher than the more sensible median figure. Moreover, the report compares total CEO compensation—which includes cash bonuses, stock awards, and other benefits—for senior executives at America’s largest corporations to cash-only pay for part-time workers at companies of all sizes. This includes small businesses, such as neighborhood grocery stores and mom-and-pop diners. It’s not exactly groundbreaking that the CEOs of Apple and Time Warner—companies with thousands of employees—make more money than a part-time restaurant worker.

The AFL-CIO’s cherry-picking changes the subject—from Big Labor’s own income inequality crisis. According to Bureau of Labor Statistics data, the average U.S. “chief executive,” which includes small business owners, earned $196,050 in gross salary last year—nowhere near the AFL-CIO’s $13.94 million figure. A review of union financial disclosures filed with the Labor Department found that dozens of union presidents make more than the average CEO. In fact, 146 union presidents earn a higher gross salary than the average CEO ($196,050). Three of them make more than $500,000 in base salary alone. You can see the top-10 salary earners here: 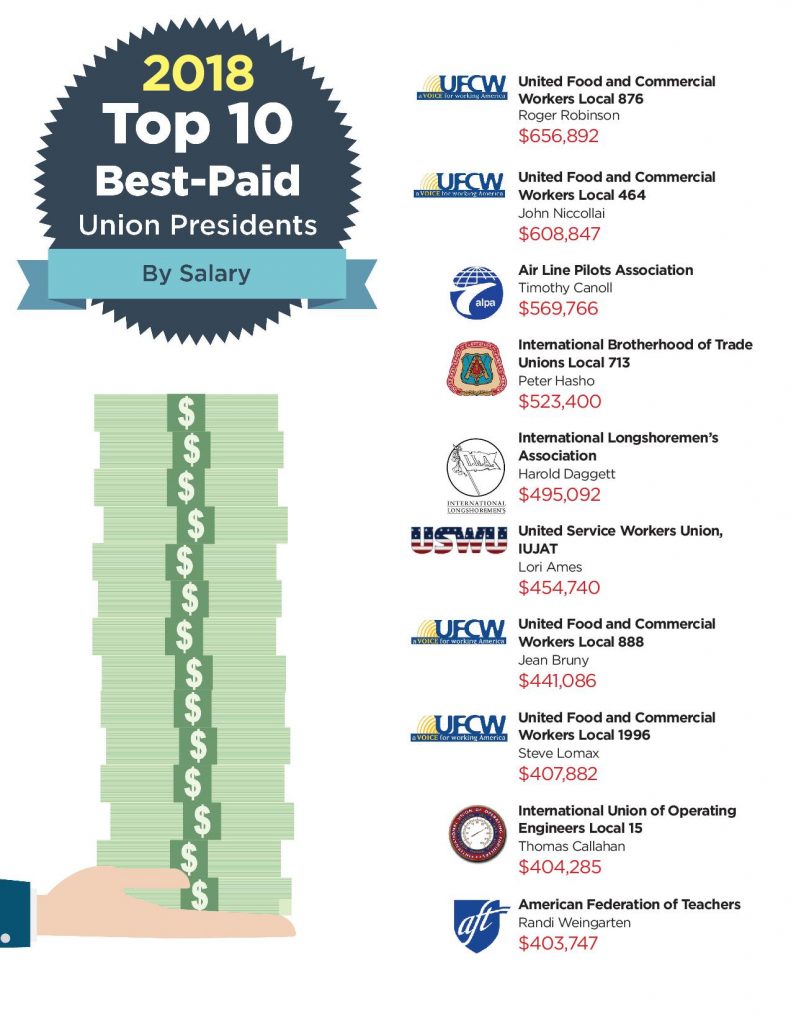 Of course, union officials can also expect much more than a salary, including travel expenses and other business disbursements. In 2017, 193 union presidents earned more than $196,050 in total compensation. Timothy Canoll, president of the Air Line Pilots Association, made nearly $793,000. He was joined by five other union presidents who collected well over $500,000. Even AFL-CIO President Richard Trumka, whose labor group put out the Executive Paywatch report, earned more than $315,000 in 2017—far more than a typical CEO.

You can see the top-10 compensation earners here: 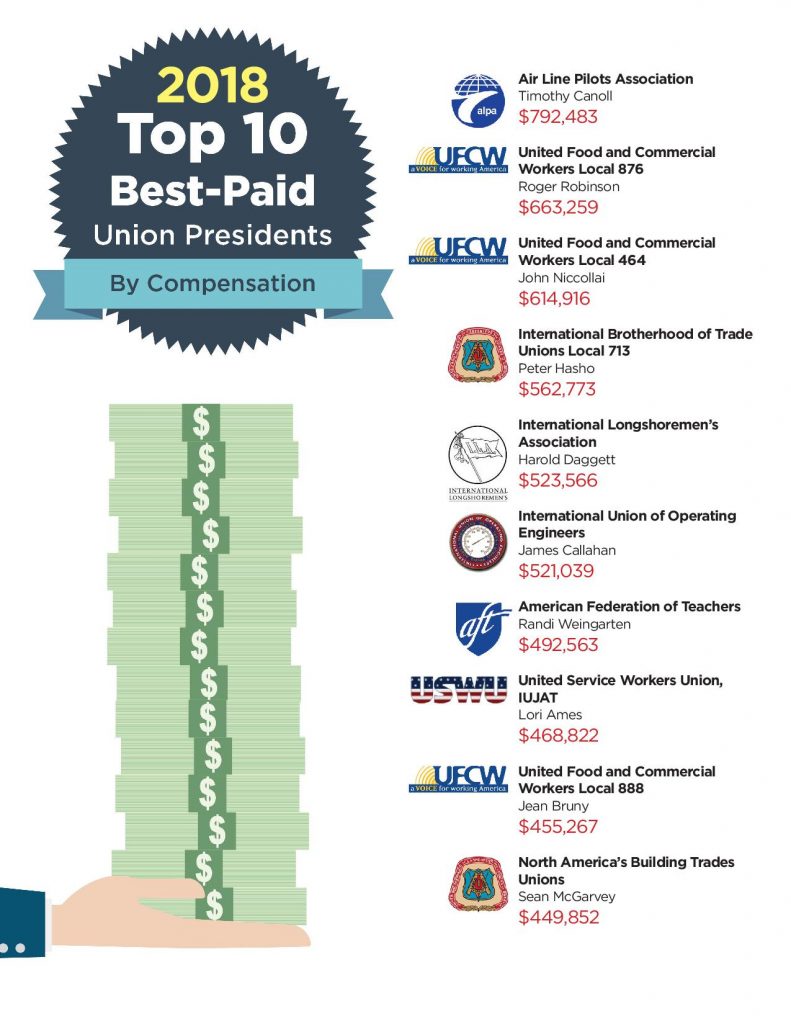