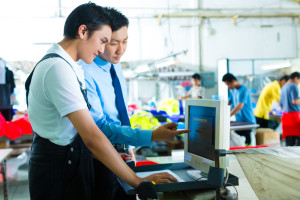 Today marks the start of National Employee Freedom Week, an annual celebration of employee rights in the workplace and the enduring need to fight for them.

Fortunately, many U.S. states have addressed the union stranglehold on the workplace with right-to-work laws, which prohibit mandatory union membership as a condition of employment. A week from now, Missouri’s right-to-work law goes into effect, making the Show-Me State the 28th state to enact such reforms. In these 28 states, employees are not compelled to give away a piece of their monthly paycheck to a union, retaining the right to choose the workplace most suited to their needs.

Of course, union elites predictably and falsely call right-to-work an affront to collective bargaining. Jimmy Hoffa, General President of the scandal-ridden International Brotherhood of Teamsters argues that employee freedom somehow leads to “lower wages and fewer rights on the job.” Meanwhile, union-funded liberal think tanks such as the Economic Policy Institute churn out flawed reports suggesting that right-to-work “lower[s] wages for union and nonunion workers.” But accusations like these fail to account for differences in living costs across the country. If you take into account lower living costs in right-to-work states—many of which are in the South—there is little to no drop-off in real wages. According to a 2015 Heritage Foundation study, “private-sector workers in right-to-work states enjoy real wages equivalent to those in non-right-to-work states,” with “no negative impact on private-sector wages.”

They also support the Employee Rights Act (ERA), the most comprehensive update to American labor law since the 1940s. The ERA would require secret ballot union elections and periodic recertification votes, while preventing union officials from spending member dues on political advocacy without prior consent. The bill is presently co-sponsored by more than 80 members of Congress and its key provisions enjoy 80 percent approval among union household voters.

Congress should celebrate this National Employee Freedom Week by passing the ERA and protecting employees nationwide.