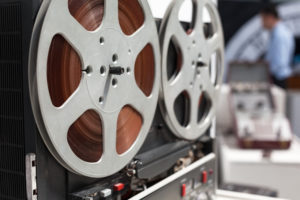 According to PhillyVoice, “Henon also has a salaried job with Local 98, and Ralston performed security work for the union.” This could raise serious conflict of interest questions, given their positions in local and state government, respectively. Last summer, FBI and Internal Revenue Service agents searched Dougherty’s office, a nearby union bar, and the IBEW union’s headquarters to gain a better understanding of Local 98’s relationship with Henon and Ralston, in addition to union finances.

The union has long been one of the country’s most prolific spenders. According to its most recent financial disclosures, Johnny Doc earns more than $406,000 annually, including nearly $227,000 in base salary and $169,000 in “disbursements for official business.” Counting Dougherty, the local union pays 27 employees six-figure incomes using member dues. By contrast, Boston’s IBEW Local 103 pays its president, Louis Antonellis, roughly $154,000 in base salary, with less than $3,000 reserved for business-related spending. Local 98 is also well-known for spending hundreds of thousands of dollars on sports tickets and luxury goods. (We covered Local 98’s finances in detail here.)

It could be another rough summer for Johnny Doc.