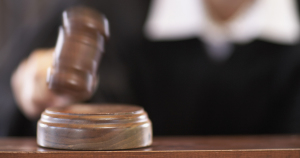 One of America’s most powerful union bosses has some serious legal problems. John J. “Johnny Doc” Dougherty, the business manager of International Brotherhood of Electrical Workers (IBEW) Local 98, is currently under federal and state investigation.

Why? Dougherty’s own finances, as well as the union’s donations to political campaigns and “allegations of a pattern of intimidation.”

When it comes to excess, IBEW Local 98—the most powerful construction union in Philadelphia—takes the cake. As The Philadelphia Inquirer recently chronicled, “Even for non-wonks, the 77-page Local 98 [annual] report makes fascinating reading.”

Fascinating indeed. Check out some of the union’s 2015 expenditures:

Even that’s not all. “Johnny Doc” earned $406,532 last year—including $226,754 in base salary and $168,308 in “disbursements for official business.” Counting Dougherty, the local union paid 27 employees six-figure salaries using member dues.

Local 98 stands out among East Coast construction unions. Boston’s IBEW Local 103 paid its president, Louis Antonellis, $153,978 in base salary, with less than $3,000 reserved for business-related spending. The union’s filings with the Department of Labor revealed no money spent on “political activities and lobbying”—rare for a big-city construction union and a far cry from Local 98’s nearly $2 million allotment for politicking.

Dougherty’s taste for the finer things in life—from Coach products to luxury chocolates—sets him apart. And by Big Labor’s standards, that’s saying something.