The Employee Rights Act Goes to a Hearing

The House Subcommittee on Health, Employment, Labor, and Pensions recently held a hearing on the Employee Rights Act (ERA) for the first time ever. It is the most significant development with the ERA—the most substantive update to American labor law since the 1940s—since its introduction in 2011. The Center for Union Facts ran an ad in Roll Call on the day of the hearing (see below).

One of the witnesses was Karen Cox, a blue-collar employee from Illinois who was forced to join the Retail, Wholesale, and Department Store Workers Union (RWDSU) in 2012. She never received a secret ballot vote, which the ERA would guarantee. RWDSU organizers pressured Karen and her coworkers into publicly signing authorization cards to recognize the union—without a secret ballot vote. When Karen tried to decertify the union, the RWDSU threatened her. You can see Karen’s story here.

But do union elites have any sympathy? Apparently not. At the hearing, Jody Calemine, general counsel for the Communications Workers of America (CWA), testified that he’s never seen “a bill as extreme and provocative and anti-union and anti-worker as the Employee Rights Act.” The International Association of Machinists and Aerospace Workers (IAM) claimed that the ERA is “designed to empower billionaires and CEOs, not working people.” The union-funded Center for American Progress even suggested that the legislation is an example of “voter suppression.”

The “secret ballots suppress voters” argument is an interesting one, to say the least. If the ERA is the most “anti-union” piece of legislation in human history, then why do 80 percent of union household voters support it?

The next step for the bill is a hearing before the full House Education and Workforce Committee, which will decide whether there’s a floor vote. Employees like Karen Cox are crossing their fingers for one. 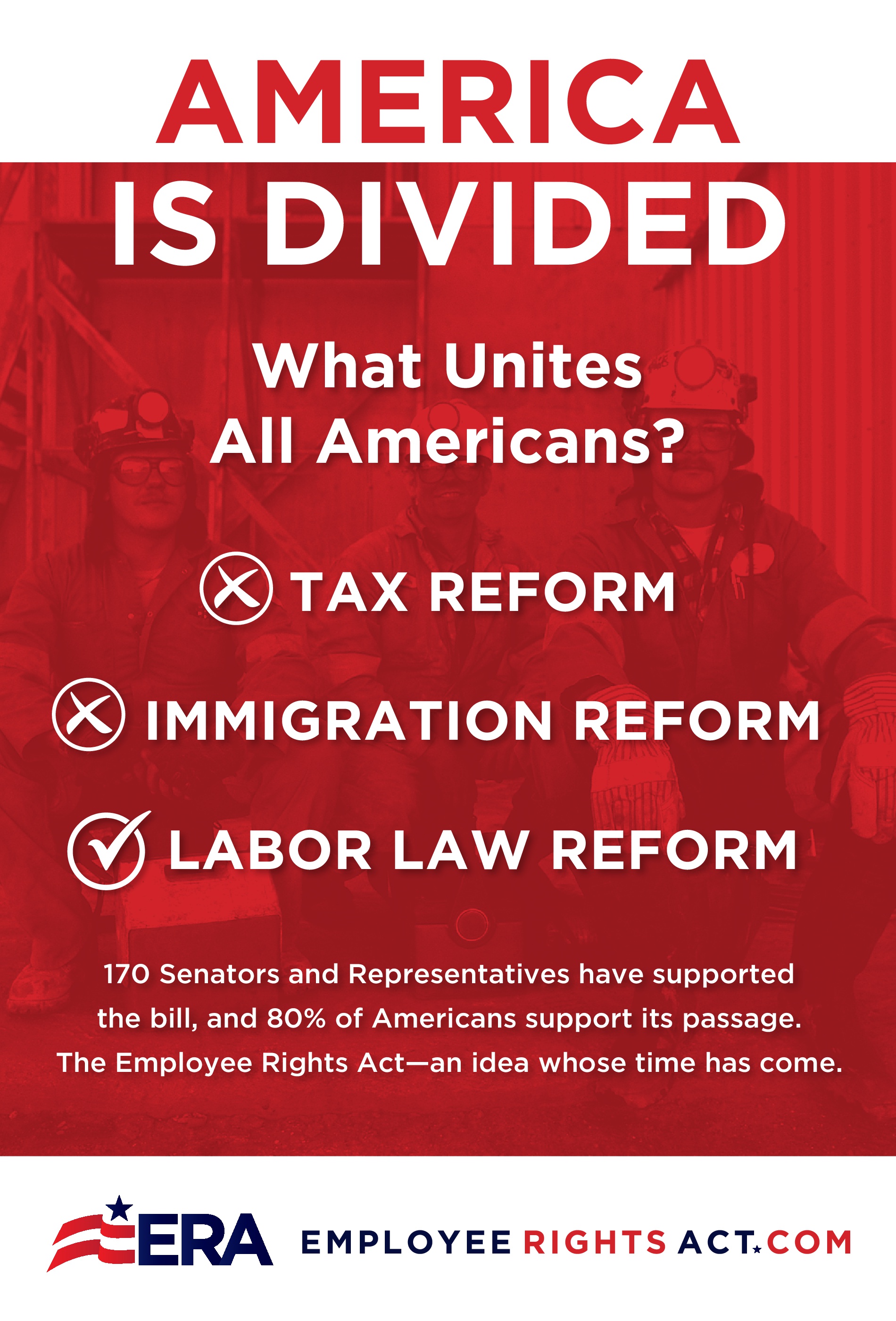