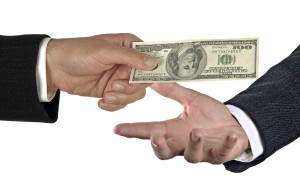 Big Labor is always more active in an election year, supporting the Democrats and liberal causes in line with a pro-union agenda. But 2016 is something else entirely. As The Wall Street Journal reports:

According to the most recent campaign-finance filings, unions spent about $108 million on the elections from January 2015 through the end of August, a 38% jump from $78 million during the same period leading up to the 2012 election, and nearly double their 2008 total in the same period. Nearly 85% of their spending this year has supported Democrats.

Almost every large union is spending more than has been seen in modern elections, financing rallies, canvassing efforts and ad campaigns to bolster Democrats. The AFL-CIO has spent $11.4 million funding outside political groups such as super PACs thus far, up from $5 million at this point in the 2012 election, according to the nonpartisan Center for Responsive Politics. The National Education Association has spent $14 million, up from $7.7 million.

This doesn’t even take into account money spent on left-wing initiatives like a $15 minimum wage—the Service Employees International Union (SEIU) has spent upwards of $70 million on the Fight for $15—or whatever “environmental justice” means.

Yet, while 85 percent of union dollars have gone to the Left in 2016, a substantial minority of union members consistently vote Republican. 2012 exit polls show that 43 percent of union households voted for Republican House candidates, even though 91 percent of union political support went to Democrats. Something doesn’t add up.